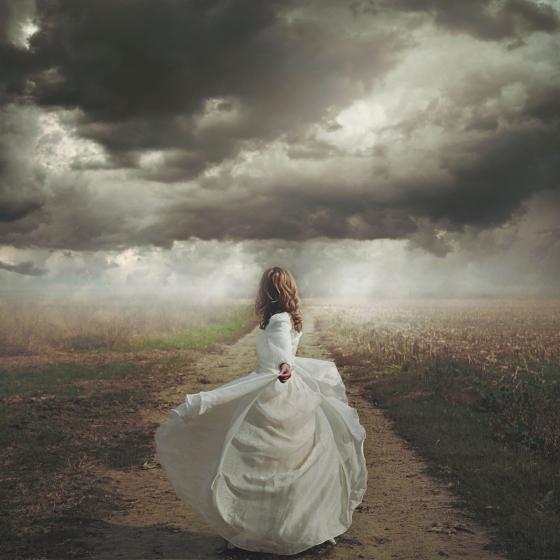 How to handle your wedding nerves

One of my most vivid memories from my wedding day is standing alone in the bridal suite, after everyone else had gone to church, and being hit by an attack of nerves. Not because I had any doubts about getting married, or about the man I was marrying, but because I had suddenly realised that I was about to become the centre of attention. We all invest so much thought and effort into planning our wedding day that we don't stop to think how it might actually feel to be a bride. Certainly, if you're not used to finding yourself in the spotlight, suddenly becoming the focus of everyone's attention can be a little overwhelming. Nobody can predict how they are going to respond emotionally. My friend Nikki - a tough, no-nonsense prison officer by day - was visibly shaking, almost in tears and clinging on to her father for all she was worth as she made her way towards the altar. Then there's my friend, Caroline, who, after ten years of patiently waiting for her moment, practically sprinted towards her future husband! And it's not just you who will be battling with a range of emotions. For my own husband, who hates being fussed over and having his photo taken, the day brought its own set of challenges, and while at the time I thought his refusal to let go of my hand throughout the service was his way of calming my nerves, I now realise it was also to steady his own. 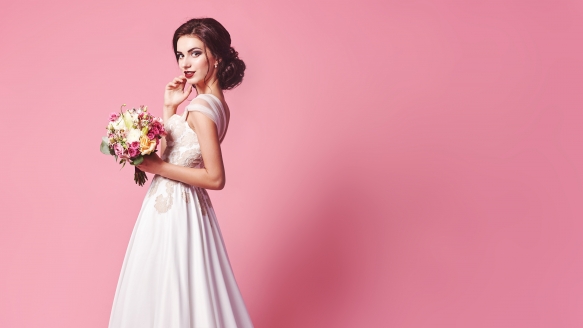 It's important to accept from the start that not everything over the course of the wedding day is going to go according to plan. The flower girl might not want to walk ahead of you scattering rose petals, the person giving a reading may stumble over their words and the organist might hit a wrong note. However thorough your preparations, you simply cannot control everything. In our case, I didn't sleep a wink the night before as I was so excited; my husband locked himself out of our flat in the process of getting dressed; and my hair and make-up artists arrived so early that I barely had time to grab a mouthful of breakfast before dashing up to my hotel room to get ready. Equally, some of the things that are entirely out of your hands from the start will surprise and delight you. We got married during one of the wettest summers on record, and when I opened the curtains on the morning of the wedding the sky was dark and brooding. As the day progressed, though, the sun came bursting through the clouds and we enjoyed the best weather of the entire year. So much so that the photos of the evening showcase a collection of rosy cheeks ranging from pink to puce. I'd also been worried about my dad's speech as he has little experience of public speaking and isn't entirely at ease at big social events, but it was absolutely brilliant - touching, funny and a great way to welcome all our guests. And while it's natural to want to play the perfect hostess, don't feel under pressure to do so at the expense of your own enjoyment of the day. It's someone else's job to ensure people know where they are going, have ample food and drink and make it safely to bed at the end of the evening. That's what you have ushers, a best man, bridesmaids and the staff at your venue for.

Although your wedding doesn't come with a script, there will be moments that you've anticipated ever since you got engaged. It might be what your father says on seeing his little girl as a bride; it might be the look on your fiance's face as you walk down the aisle; or it might be the reaction of your guests to the line 'I now pronounce you husband and wife.' Just remember that these might not play out exactly how you imagined them and that even though someone might not articulate their emotions in the way you'd hoped, it doesn't mean they aren't feeling them. A standout feature of the day, which everyone warns you about but you don't fully appreciate until it's your own wedding, is that it all goes by so fast. We therefore deliberately chose to have an early ceremony so we could have as much time afterwards as possible to celebrate with our guests. We also stole moments here and there, just the two of us, so we could drink in everything that was happening and share how we were feeling in the moment. 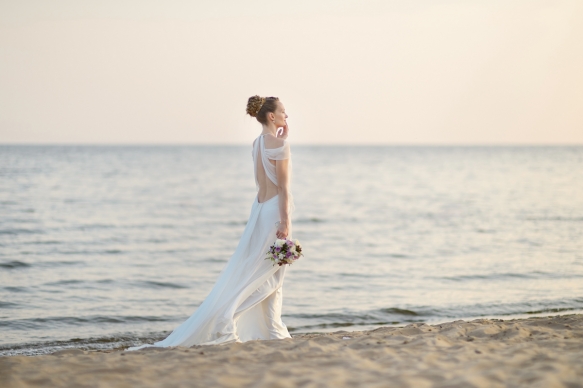 And while you might only have been husband and wife for a matter of minutes, don't be surprised if, in and amongst the confetti, cake-cutting and first dance, talk turns to the pitter-patter of tiny feet. We'd barely made it out of the church before people were asking us when a baby would be arriving so the pair of you might want to have a few witty retorts up your sleeve! Although, according to a YouGov poll held earlier this year, guests certainly shouldn't be expecting the arrival of a stork nine months after the event anyway as a third of couples admitted to not actually consummating their marriage on the big day itself. While nearly half of those surveyed said that they were simply 'too tired', one in five admitted to being 'too drunk'. Whatever your wedding night may bring, nothing compares to waking up the morning after and finally being husband and wife. Sure, there might be a tinge of the blues as your beautiful dress is sent off to the cleaners, the reception room is emptied for someone else's wedding and you realise that, after all the months of planning, 'it' is over, but that's only natural. After all, you're a bride-to-be for so long beforehand - the average couple has 13 to 18 months between the proposal and the wedding day - and you're a wife for the rest of your life but you're only a bride for 24 all-too-short hours. That's why it's so important to fully embrace your 'for one day only' role. So overlook any blips, rather than dwelling on them, and throw yourself into whatever your wedding day brings. Just enjoy your moment in the spotlight.

HOW TO DEAL WITH PRE-WEDDING NERVES
� Weddings are emotional affairs and it's important not to let the feelings - both positive and negative - of others overwhelm you. Sometimes you need to step away from family and friends and have some time alone to process what's happening and focus on how you feel.

� We all picture the perfect day, but it can actually help to put your mind at ease if you consider the things that might go wrong so that you can formulate a back-up plan. For example, ensure your bridesmaid carries an emergency pack to deal with issues such as a red wine spillage on the wedding dress.

� If the reality of soon being Mr & Mrs is causing your stomach to flip, and not in a good way, that could be because there are aspects of the commitment and what it means to you both that you've not yet addressed. Perhaps you've been avoiding talking about having children or maybe you're worried about pooling your finances. Having The Chat with your fiance is the only way to put these demons to bed and you might find he has his own concerns he wants to share, too. Marriage is an on-going dialogue between a couple, so start as you mean to go on

� Don't feel compelled to follow tradition if it's only adding to your anxiety. If spending the night before the wedding together means you're more relaxed, then go for it. If you'd prefer to walk down the aisle side by side, rather than have all eyes on you as you arrive, then there's absolutely no reason that you can't. And if the thought of the speeches turns your legs to jelly, remove them from proceedings altogether.

� If nerves really start to take hold then use a simple breathing technique in order to relax and assume control of the situation:
1. Breathe in slowly and deeply through your nose, this should cause your stomach to expand but your chest to only slightly rise.
2. Exhale slowly through your mouth. As you blow air out purse your lips slightly, which will create a soft whooshing sound.
3. Repeat the exercise over several minutes. Focus solely on your breathing until all the wedding chatter in your head falls silent. 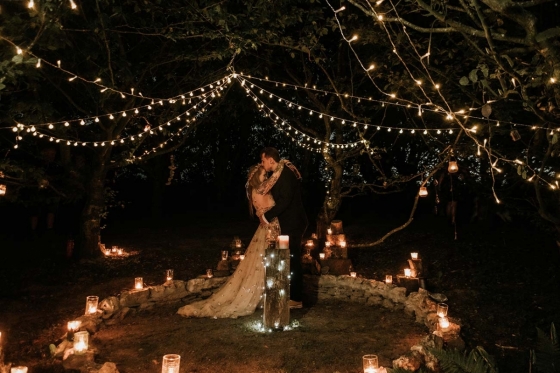 Three couples share the stories of their elopements in Cornwall 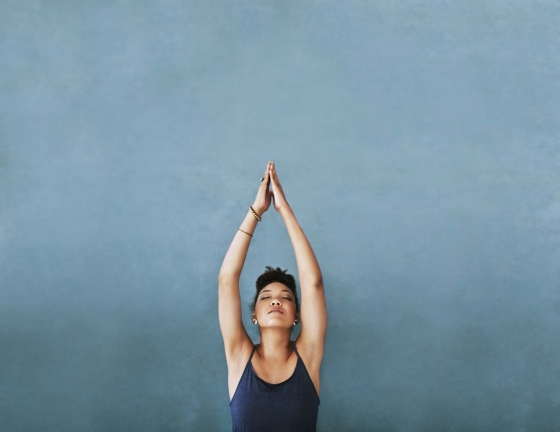 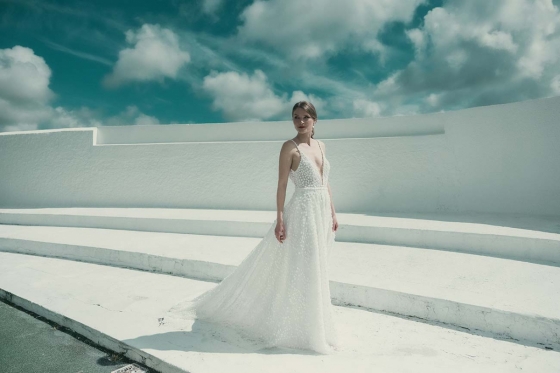 Love at the Lido 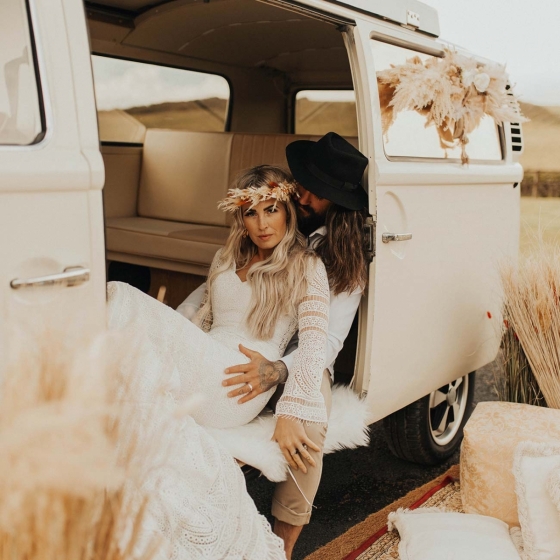 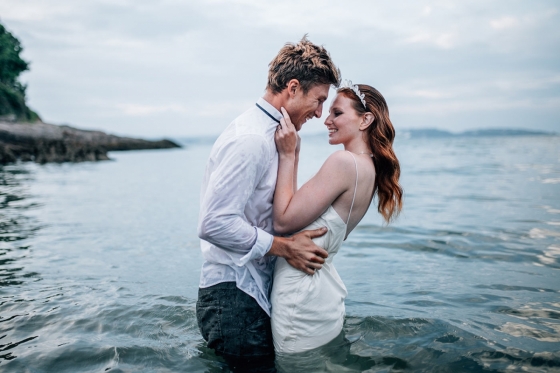 You, Me And The Sea 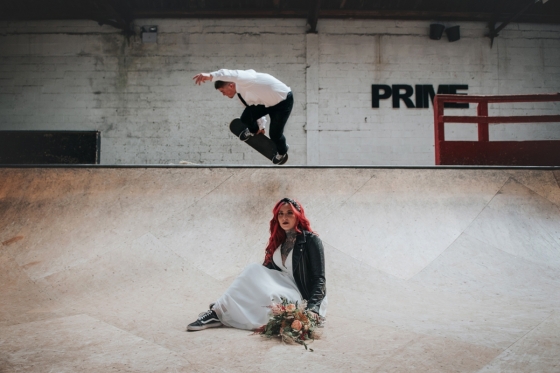