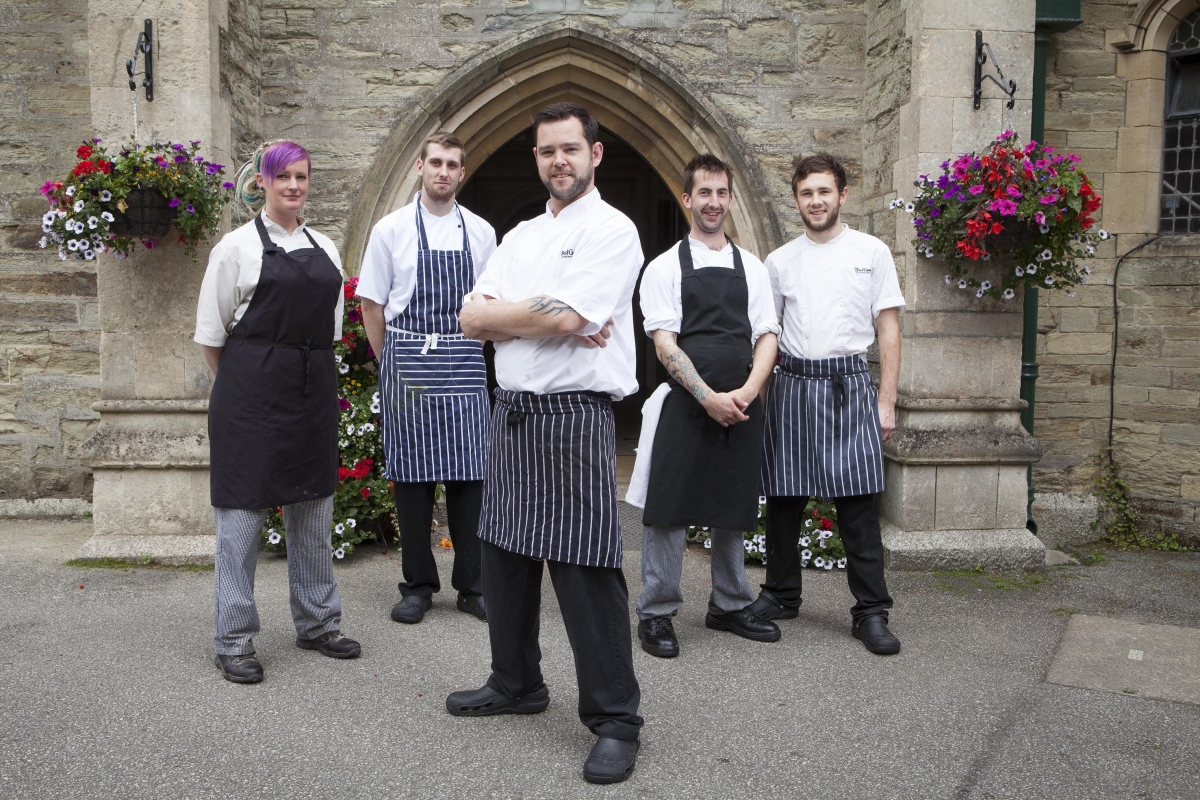 Share on Facebook  Share on Twitter
The Alverton Hotel in Truro has been awarded its second AA Rosette as a result of the latest round of inspections co-ordinated by The AA.
The AA, for over a century, have developed a number of Quality Standards for inspecting and rating hotels and restaurants and is now recognised throughout the British Isles. Inspectors arrive unannounced and throughout their stay remain anonymous to the business. Two Rosette restaurants demonstrate better consistency, greater precision and obvious attention to the selection of quality ingredients.
Since joining The Alverton as Head Chef in late 2014, Simon George has been refining the food offer and developing his team with the ambition to secure the second Rosette. "I'm absolutely delighted that we've been awarded the additional Rosette," says Simon. "All the team demonstrate a real commitment to creating outstanding food and I'm so proud of what we've achieved."
As well as gaining the Two Rosette award for the restaurant, The Alverton also maintains its four-star rating: the only hotel of this rating in Truro. After winning two high profile wedding awards this year, including Best City Venue where the hotel competed against the likes of The Gherkin in London, the double Rosette status further adds to the hotel's recent success.
Paul Ricketts, General Manager of The Alverton says, "I couldn't be prouder of the team - all the hard work has paid off and we're delighted to continue to deliver exceptional service and great food for our guests. What with the recent award wins, our new luxury extension and now the double Rosette - we're very excited about the hotel's bright future."
www.thealverton.co.uk