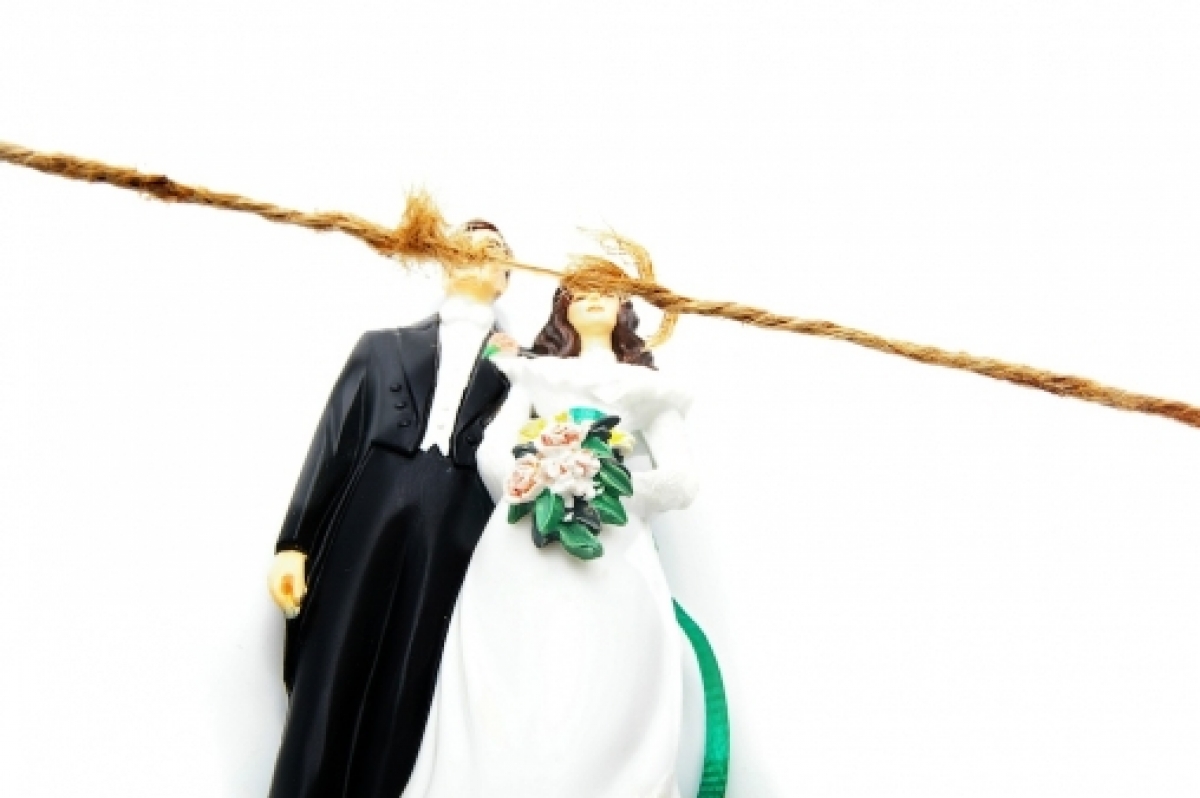 How to handle family feuds

There's nothing like a wedding for stirring a spot of familial feuding. Nip the tensions in the bud with this advice from the experts...

Weddings have a habit of whipping up a good old-fashioned family feud. With nerves frayed, tempers simmering and stress levels vying for fever pitch - at a time where love and relationships are at the fore - it's rare not to encounter some kind of familial fall out.

Putting everything and everybody in your life under a matrimonial microscope can present a complex, often skewed picture. Past tensions surface as present and future desires collide in a strange explosion of emotion that's tricky to navigate, let alone manage. 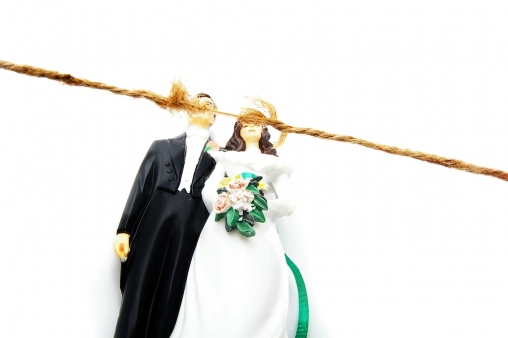 A few hiccups are to be expected. But, by being sensitive, in command and communicative from the outset, any high dramas and family quarrels can be swiftly sorted - leaving you to plan and execute the day you want, minus the domestic disputes.

We've asked our readers to share their quandaries and canvassed some expert opinions on how to tackle them in order to help you negotiate the potentially choppy waters of your own journey to the aisle.

"The guest list is really causing trouble. My fiance says there's no point inviting distant relatives we've never even met but my mum's going mad saying that it's non-negotiable. Help!"
What a modern day debacle. There's no easier way to offend or ostracise than with the decisions you make regarding the guest list. You may be fortunate enough to have limitless space and cash allowing you to invite everybody you've ever known to your wedding, but most couples are constrained by issues of budget and space at the venue.

"You have to think about the venue and if there's space - such as with a marquee wedding - but lack of budget, point that out to your mum," explains wedding planner, Sarah Vaux (sarahvaux.co.uk). "Work out how much each extra person or table will cost; explain that it's a cost issue and if they are still insistent that specific relatives attend then reiterate that that's their choice - not yours - and ask them to contribute."

First off, don't make promises to anyone until you've all but finalised the guest list. This means matching the numbers you're allowed (and can realistically afford) with the people you want there the most. Don't be fooled into the 'we went to theirs so they have to come to ours' philosophy; comparative thinking is pointless as every wedding and couple is different.

If you're really stretched and struggling to accommodate people, then consider a pre or post-wedding party to give your outer circle an opportunity to be involved in the celebrations while freeing up space for your nearest and dearest to attend.

Either way, only make announcements when you're sure they can be honoured; otherwise you may create some rather uncomfortable conversations that could otherwise be avoided.

Children and plus ones can prove problematic. An easy option is to plump for a no child policy. Most parents understand and are happy to let their hair down away from the kids. If a few little darlings are either desired or unavoidable, give them a role such as flower girl or pageboy so that if anyone mentions it, you can explain they played an integral role in the day.

The result largely resides on a delicate balance between pleasing your guests and yourselves. The atmosphere may be lacking if you invite a bunch of strangers with no plus ones to talk to; but on the flip side, if your aunt is uninvited to make way for the caricaturist's girlfriend, you have to accept that you probably won't emerge as flavour of the month in certain camps. 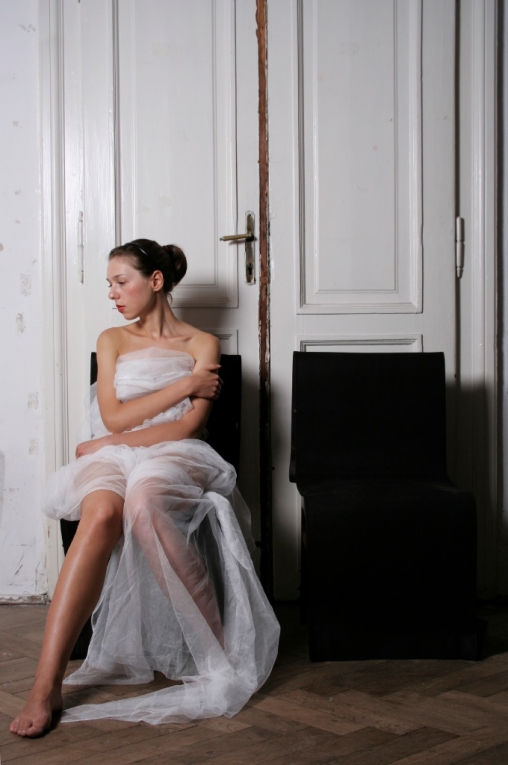 "My parents are divorced and bickering like children. I value both their opinions and input, but it's becoming a real issue and I'm beginning to dread them being in the same room together."
They're meant to be the mature voice of reason, right? So then you have to wonder why so many spats seem to be generated by the seniors; whether it's because your mum is manically interfering or dad's wedding fund is bleeding into his overdraft, the parents can pose a problem.

Not only must you contend with your own, but there are the in-laws too. Of course, they only usually want what's best for you, and though there's often an element of personal agenda pushing involved, you have to focus on their good intentions and tease them out by openly discussing, delegating but - most importantly - remaining in control.

"Keep the decision-making to your selves," advises Sarah Vaux. "Explain it's one day you'll never be able to repeat and you'd like to do it your way to include everyone you love."

Communicate your plans and decision-making processes, be grateful and welcome their help but reiterate the fact that it is your wedding. If your parents are arguing, then talk to them separately and tell them that though you appreciate that it's tricky territory and times for them both, their behavior is simply unacceptable.

"Ignore their bickering and keep them out of the loop over things that could cause conflict," says Sarah. "And ensure that the thank yous don't read like an itemised list of things they've personally paid for, as this can cause tension, especially if there's an element of competition involved. Just thank them for their contribution and make sure you mention how grateful you are to everyone who's been involved."

"I've redone the seating plan about a dozen times and family members are still arguing over it. Is there an easy way to please everyone?"
Tactful compromise is required but, if you calmly explain your decisions and visibly attempt a solution, then that should usually pacify people enough for them to drop the issue.

"I had a wedding that the father of the bride was paying for," comments Sarah Gillett of Perfect Preparation (perfect-preparation.co.uk). "The bride and groom wanted an informal seating plan and no top table. The father was not happy with this as he had many friends attending and wanted the more traditional wedding. It was my job to ensure that both the bride and the father were happy."

"Our final plan was to have round formal tables for all the family and father's guests with formal seating places, while the bride, groom and friends had three large trestle tables together with no formal seating plan. The bride and groom sat together for the speeches then moved around the table following each course interacting with friends, which worked brilliantly."

"Some of my family are paying for individual aspects of the day as gifts such as the band, cake and florist, but now they want to help choose how their money is spent and it's proving uncomfortable to say the least. How do I accept their gifts but ask them to politely butt out?"
Money matters are some of the most contentious when it comes to weddings. It's often difficult for financially contributing parties to resist the urge to get involved, and many couples complain about feeling obliged to design the day of their patrons' dreams as opposed to their own.

Accept their gift, welcome any suggestions but always vocalise the fact that it is your final choice as a couple. People are often unaware that their interest is in fact becoming interference, and normally back off if you politely point this out.

"I suggest the bride and groom narrow it down to their favourite three suppliers, for example florists - or even pick just one," says Sarah Vaux. "Then at that stage I'd advise getting the mum or whoever helped to pay involved to help consult on the specifics, like arrangements, colour schemes - so they don't feel left out and can help with the details while, ultimately, your preferences are met."

Since many couples today finance their own weddings, it affords a greater sense of control, but can be the core of internal arguments that can spill into other domestic arenas. Grooms often highlight the escalating effect of budget, regularly citing the brides as the catalyst for lack of financial control as the minutiae starts to incur major costs.

"Budget. Budget. Budget!" says Sarah. "Set a budget at the beginning, break it down and work out exactly where your funds will go. Stick to it and don't get carried away. Have a contingency and adjust as your plans change but always check back to the fact that you're getting married - that's the most important thing!" 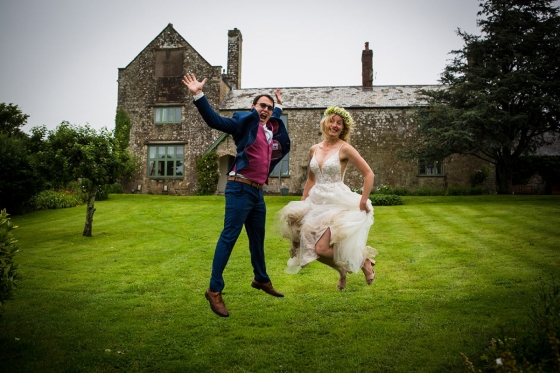 Love in the time of Covid-19 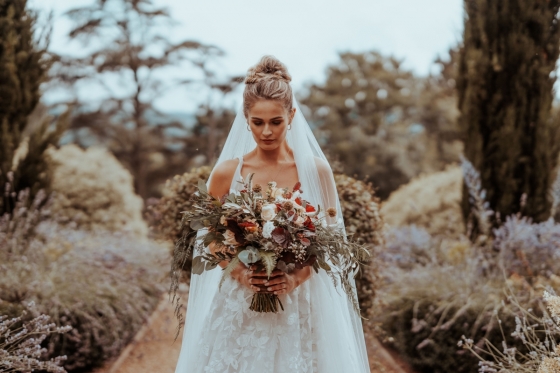 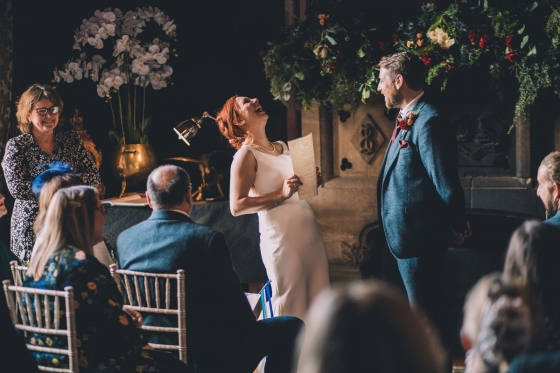 How celebrants can keep the wedding dream alive

Whatever state of lockdown you're in, here's how to keep the wedding dream alive 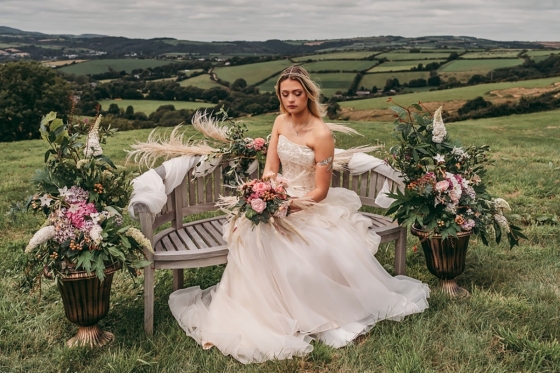 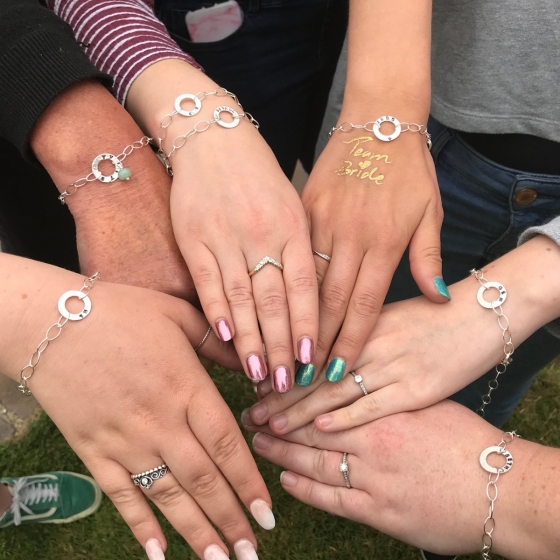 From floral crowns to foraged feasts, go big on bonding with these creative hen party ideas 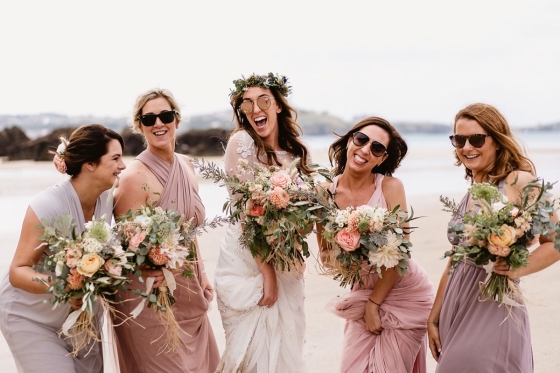 The modern bride's guide to bridesmaids