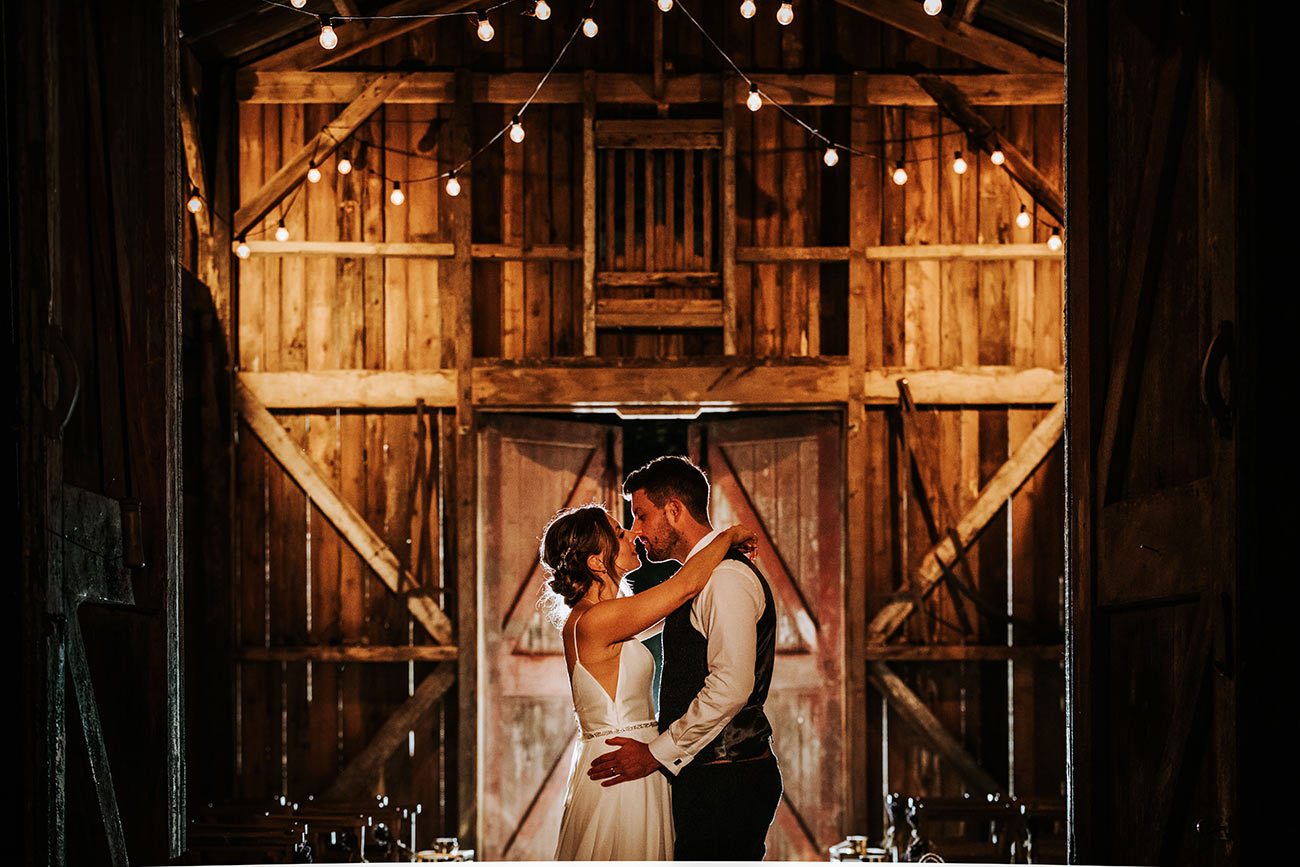 "We met through business: a very lucky twist of fate!" says Stuart of how he first encountered his future wife. "I was a client of Jen's. The moment I saw her, I fell in love." Ever the romantic, Stuart's Paris proposal occurred in equally love-struck suit. "I surprised Jen by arranging a weekend away for her birthday, proposing to her with the same view of the Eiffel Tower I was looking at when we were on the phone and I first told her I loved her," he reveals.
Their distinctive DIY wedding was achieved by simply selecting the things they love through an "elegantly rustic" theme. "Nothing was consistent apart from everything needed to be personalised," says Jennifer. "And there was a hint of a travel theme during the reception as we have visited some amazing places together." 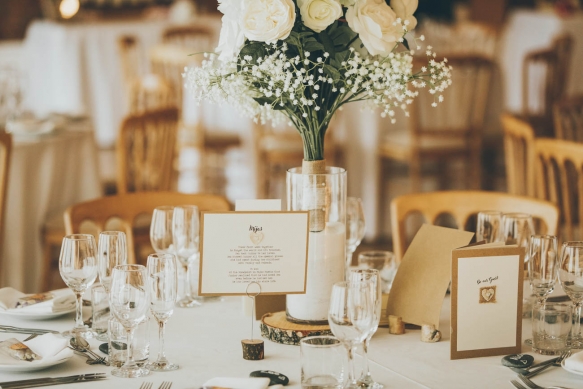 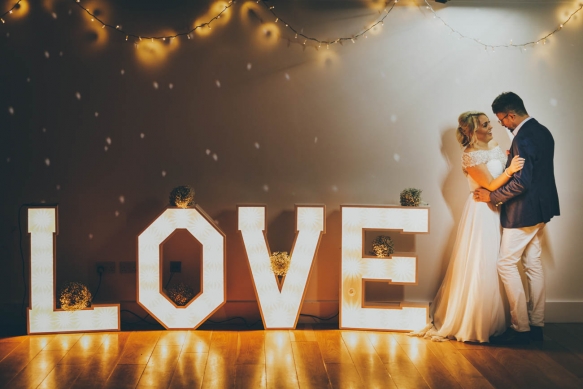 The look of the day was showcased by the couple's choice of wedding ensembles, with the groom's party creating as much of a sartorial stir as the bride's. "We are the only couple we know that ensured the groom's outfit was as big a surprise as the bride's dress!" says Stuart. "She had no idea that I had organised the groom's party to rock a casual Italian look with white jeans, a pale blue shirt, navy blazer and Italian pocket squares." Jennifer, meanwhile, wore a stunning off-the-shoulder gown embellished with pearls and sparkles. 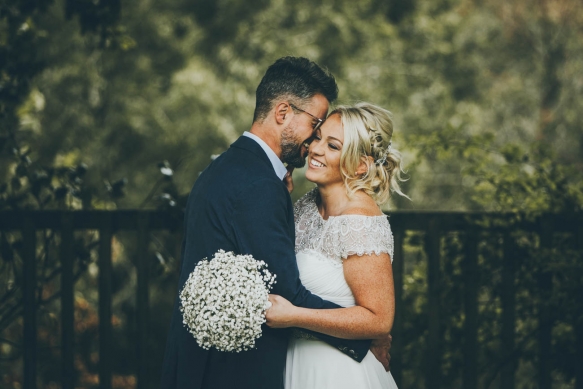 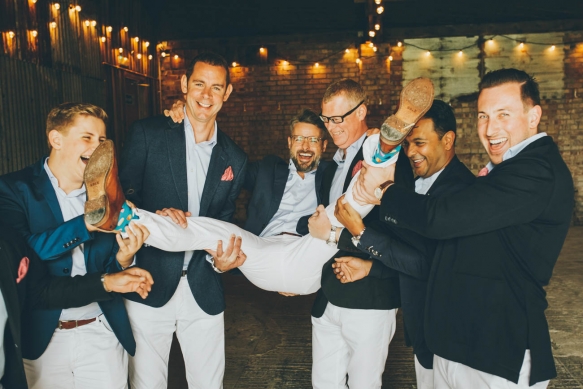 With the dress code doing most of the talking, the couple chose "minimalistic and stunning" flowers, selecting gypsophila for everything from the bouquets to the buttonhole pins and the branches on the table centrepieces. "Little silver buckets filled with gypsophila were the perfect touch," adds Jennifer. "We dotted these down the aisle along with candles."
Their magical ceremony was replete with personal touches, from four different speeches to the self-penned vows. "It was incredibly intimate, and we had everyone in either laughing fits or tears. The room was bursting with love from start to finish." The Italian theme continued with the food, with deli-style sharing platters followed by beef brisket with watercress pesto and a selection of sharing desserts. Later, a cake of cheese provided the perfect evening snack for revellers. 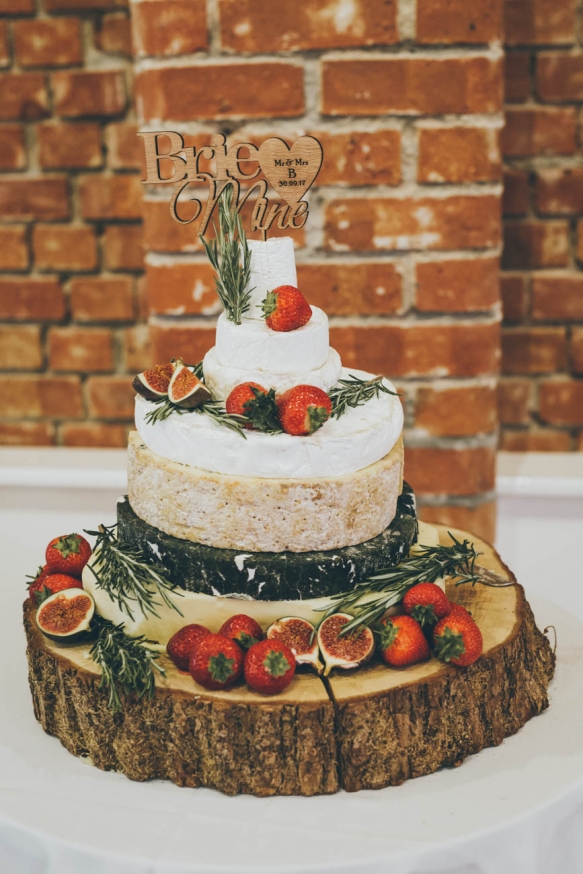 "There was so much laughter, so many small things that stood out to us, that it is very difficult to pick one," says Stuart when asked about his favourite moment. "Having my dad there was something that stood out, as without Jen I wouldn't have any relationship with him, so for him to be there with us was very special." 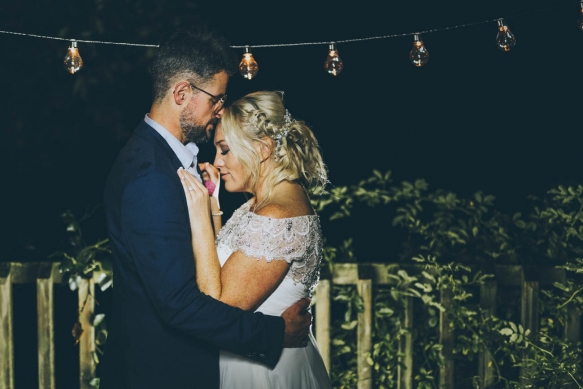 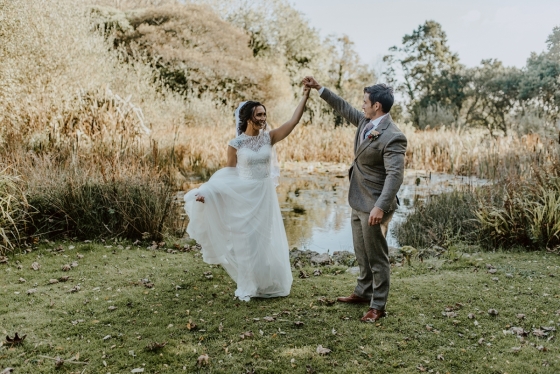 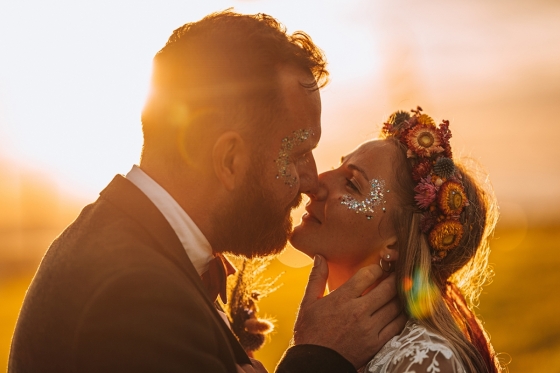 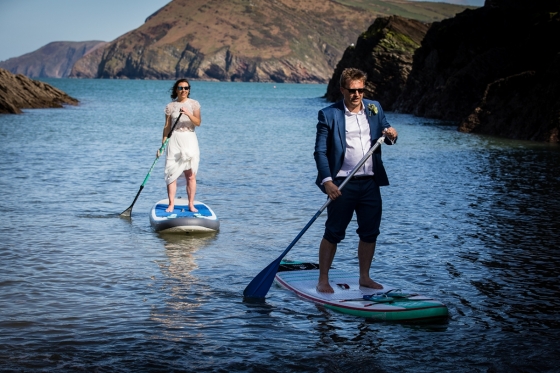 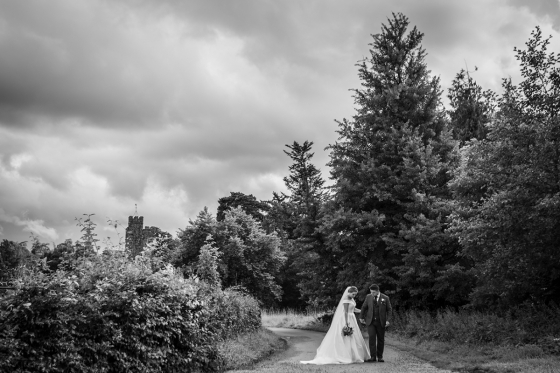