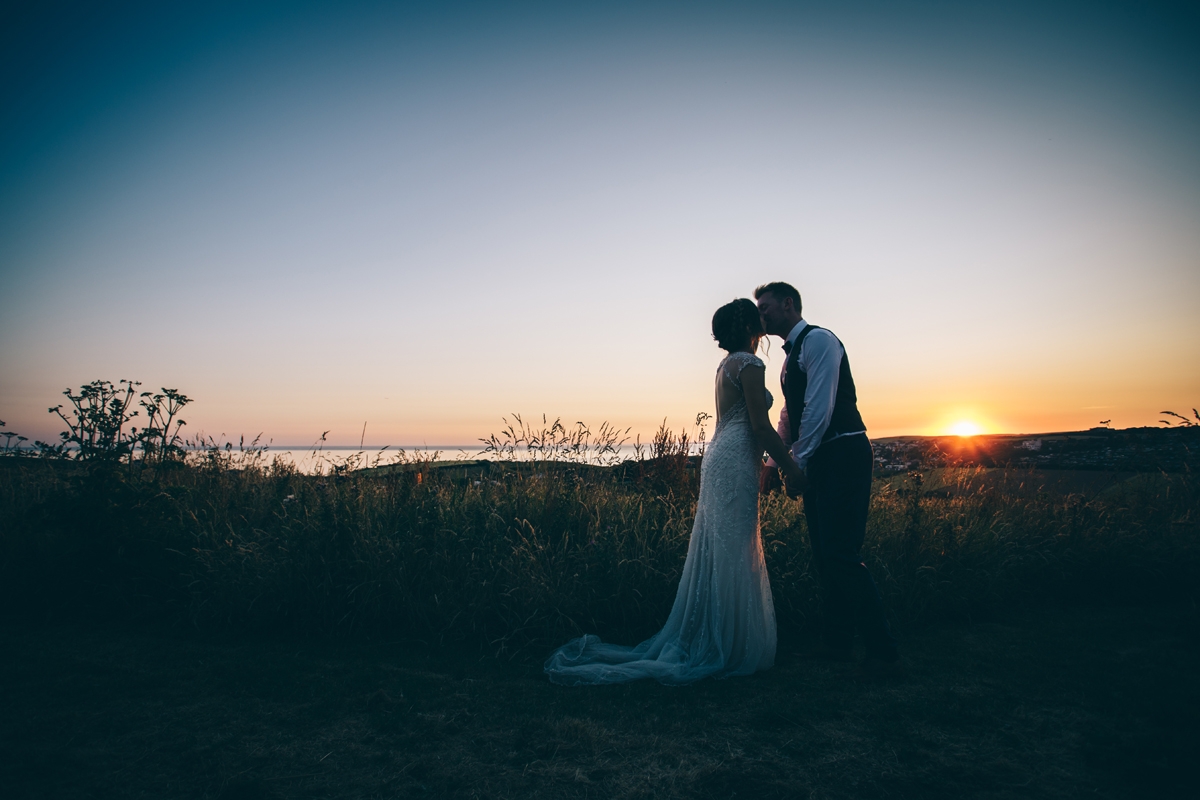 Wedding at The Barn at South Milton, Devon

Glastonbury Festival was the setting for Jen and Ross' first encounter. "It was such a fun weekend and a really special place to meet," remembers Jen. "We were out until sunrise most nights as we were having such a good time together!"

Ross popped the question during a walk along the coast while the couple were camping in Porthcothan. "There was no one else around, which is exactly what I wanted - it was perfect," reveals Jen. "Afterwards we had a barbecue and watched the sun set drinking Prosecco; there were even some shooting stars that night!" 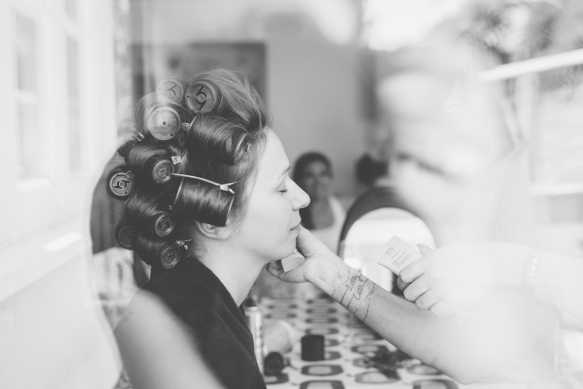 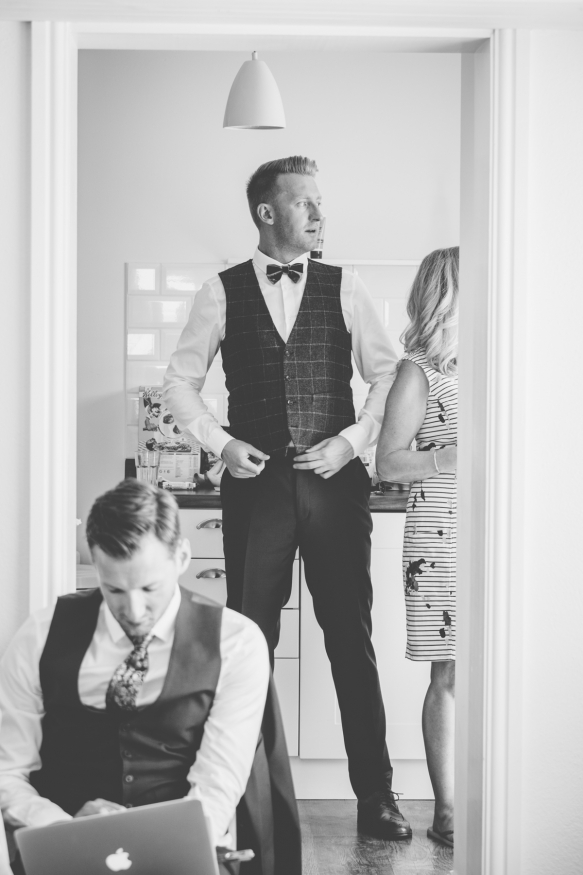 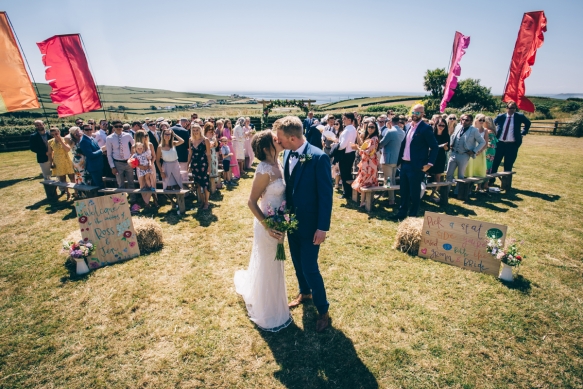 Having met at a festival, it was natural for their wedding to take a similarly free-spirited vibe, and The Barn at South Milton proved the ideal venue for their extended celebrations, with its sea views and on-site camping. "We had it for three days so we were able to do a day at the beach and then a barbecue on the Friday night, which meant we got the most out of the weekend."

"One of our friends illustrated the wedding invitations for us featuring a scene of Ross and I in fancy dress at Glastonbury. It was really nice to have a personalised invitation that captured the festival theme," adds Jen.

The seminal moment of the day, though, was the ceremony itself, which featured emotional readings and a personalised soundtrack. "Ross' cousin Jack is a pianist and he played songs before the ceremony and also played the song that I walked down the aisle to. It was really special to have someone from the family involved in that way," explains Jen.

"The absolute best part was when we did the warming of the rings as Jack played the piano and Rich sang John Legend's 'All of Me'. Our wedding rings were tied together with lace and were passed around by the guests who silently made a wish when holding them. It was such an emotional part of the ceremony... with the music playing and the festival flags waving in the breeze, it brought me to tears." 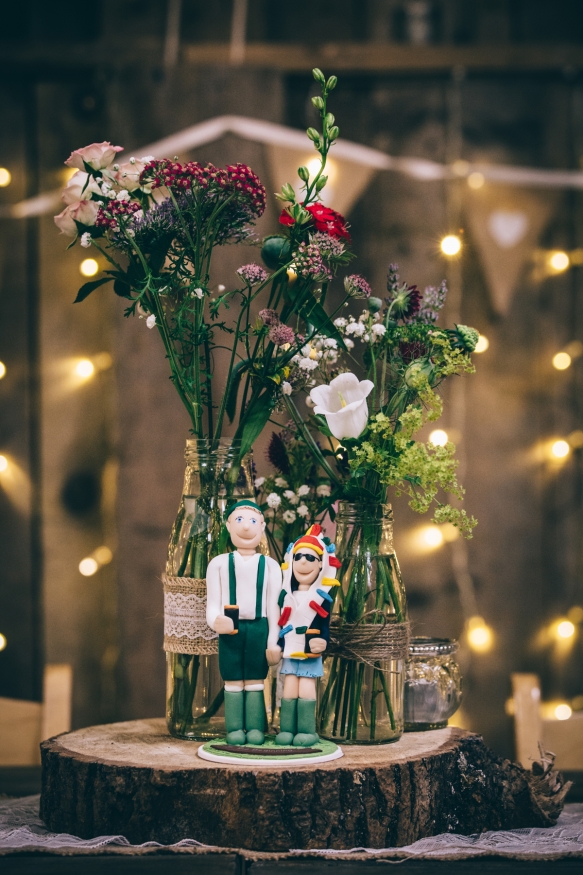 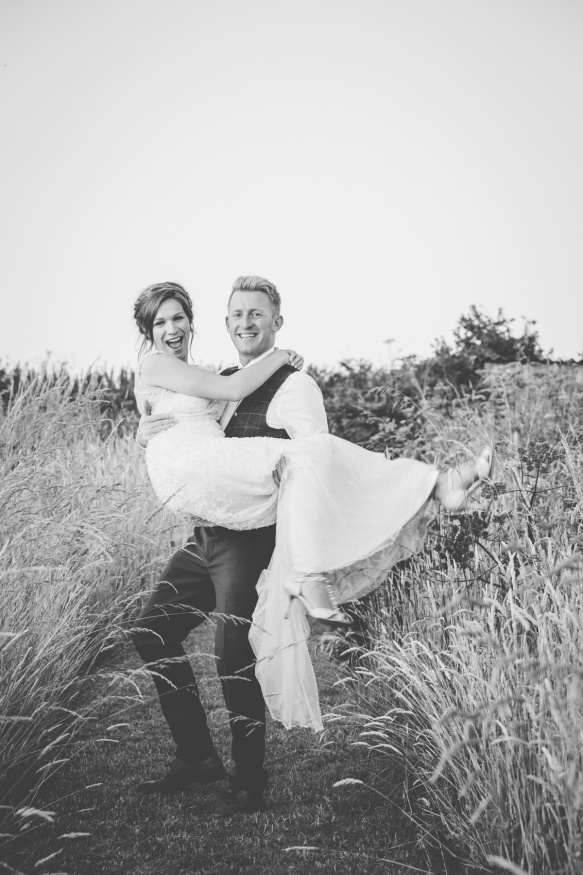 Prosecco and Pimm's then flowed ahead of a sharing platter menu comprising gammon and beef joints alongside salads and roasted new potatoes followed by chocolate brownies and banoffee pie.

The evening treated guests to wood-fired pizzas and Krispy Krčme doughnuts alongside a live set by The Vinyl Beats and a glitter station! "Everyone had a good time glittering up and it really made it feel like we were at a festival," says Jen.

"Don't leave it all until the end as it makes for a stressful couple of months!" she says as a word of warning to other couples in the throes of planning. "Also, use friends and family to help you as much as you can - it will ease some of your stresses and they will love being able to feel involved in the planning and lead-up. Enjoy every minute as you will wish you could do it all over again once it's ended."