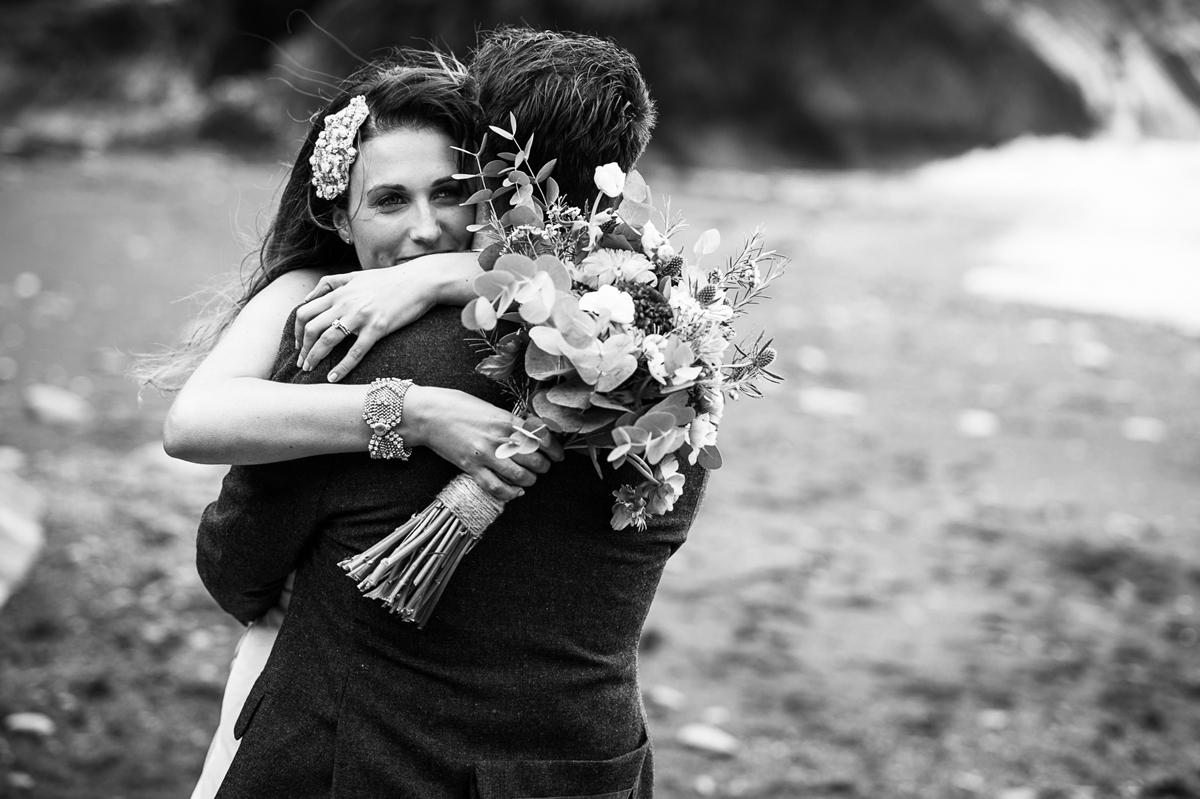 "We both work in the TV and film industry, and we met on the set of a Channel 4 comedy programme after being introduced by a mutual friend," Pete says of his first encounter with Charlie, for whom he carefully planned an elaborate and thoughtful proposal which took her across London.

Charlie's treasure hunt started with a breakfast date with a friend who gave her a letter from Pete instructing her to head to Selfridges and buy herself a new outfit for dinner. She was then directed to the restaurant and then bar where they'd had their first date to meet family members and friends armed with more clues. She was finally told to meet Pete on the South Bank, where he asked her to marry him in a park beneath the OXO Tower before taking her to dinner at 'In The Sky' where they were hoisted by crane above the London skyline for a romantic four-course feast ahead of celebratory drinks with family and friends. 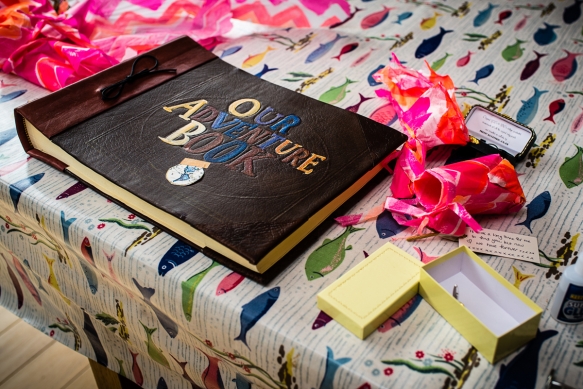 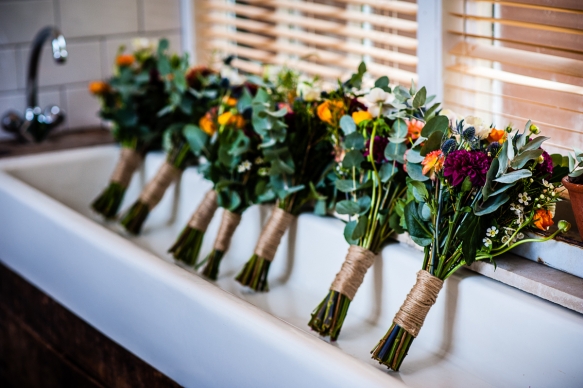 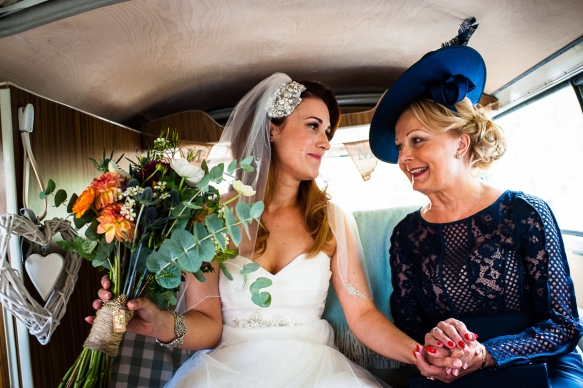 From the capital to the coast of North Devon, the couple chose to marry at the breathtaking seaside setting of Tunnels Beaches, which inspired a plethora of nautical and vintage touches woven together with autumnal shades of rusty pinks, reds and oranges. The rich palette carried from the flowers and groom's accessories through to the naked cake topped with fruits and flowers.

"We woke up to torrential rain, and the whole ceremony was meant to be outside," remembers Pete. "By the time guests were arriving, the rain had stopped and held off long enough for us to get married outside before the amazing scenery."

The newly-weds ventured off for some windswept photos in VW campervan, Ernie, as guests enjoyed the coastal views alongside drinks and canapes. On their return, everyone tucked into a gourmet barbecue buffet and Devonshire ice cream served from a mobile cart. 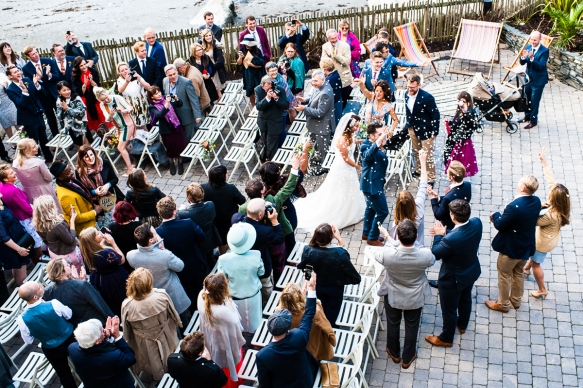 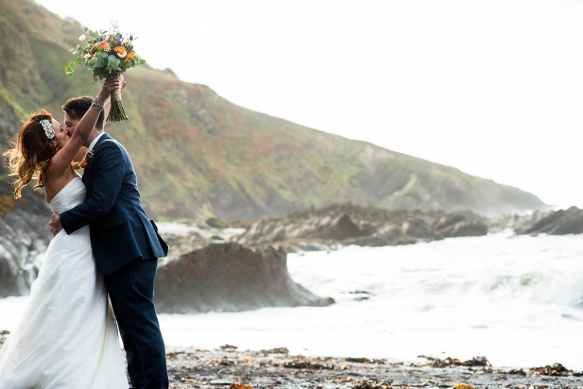 As well as a disco, the evening featured show-stopping entertainment from nine-piece ukulele band, Strumdiddlyumptious, who kept the lively tempo going as paella did the rounds. Sparklers signified the end of the party in magical style, leaving Charlie and Pete replete with happy reflections from their dream-filled day.

"Don't sweat the small stuff," says Charlie, looking back. "Things will get forgotten on the day. And don't let anything worry or panic you - just go with the flow." She shares another popular tip from newly-wedded couples: "It's true what everyone says: it goes so quickly, so try to remove yourself occasionally to sit back and take it all in. All of your loved ones are there for you - so enjoy it!" 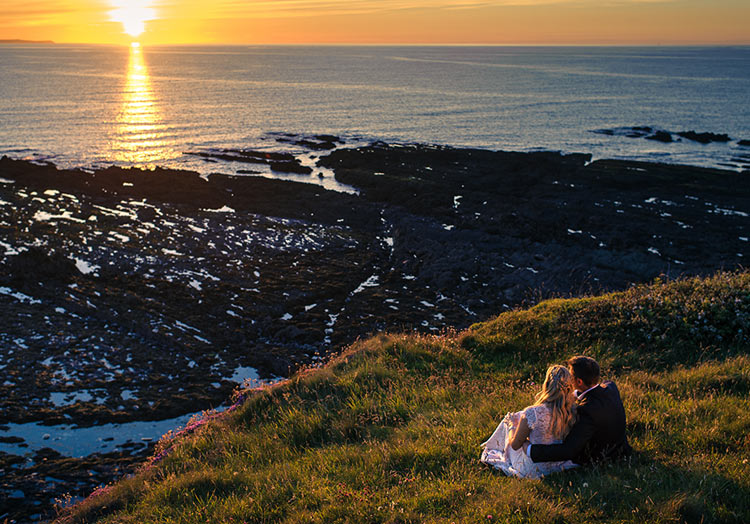 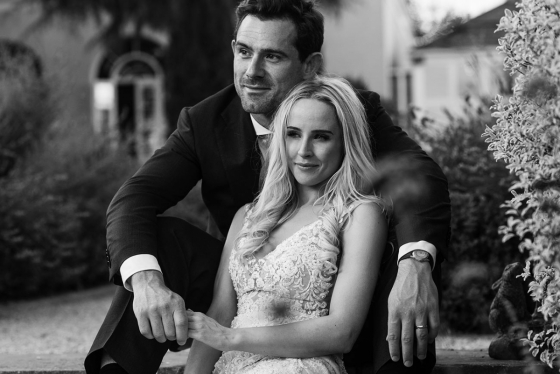 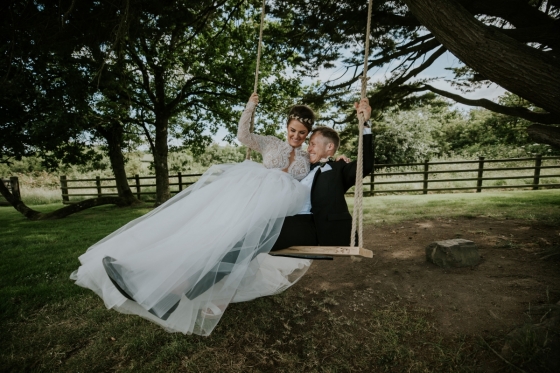 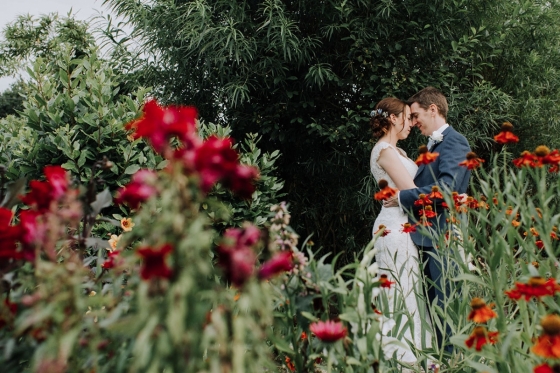 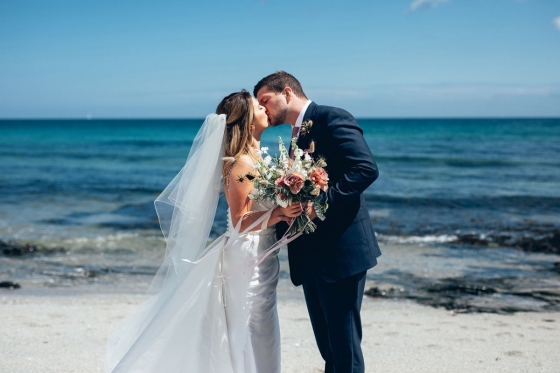