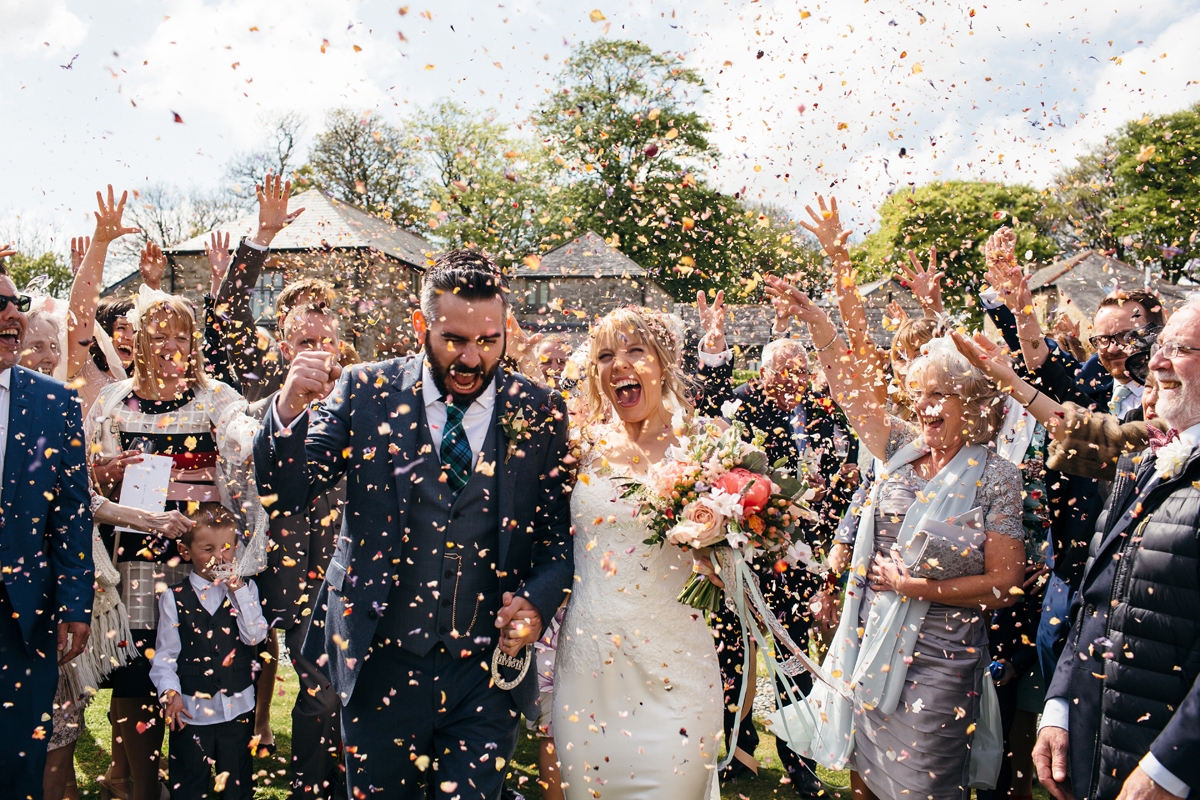 Former actors-turned-teachers Lou and Ryan first encountered each other at The Met Film School in London. "It was a freezing cold day in February in a film in which I played Ryan's downtrodden angel!" reveals Lou.

"I remember thinking as I watched him crawl across the floor covered in fake blood with his 'Space Invaders' long johns peeping out over the top of his jeans: this one is special." 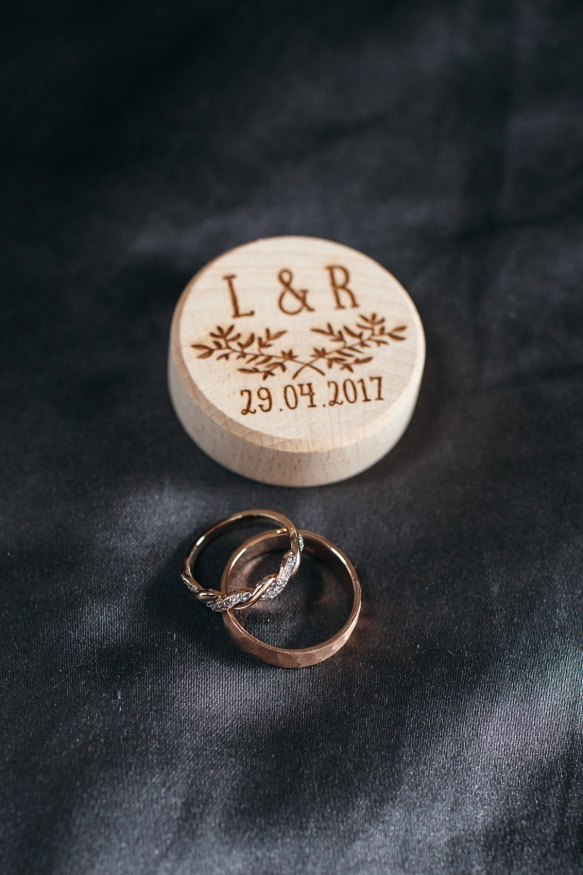 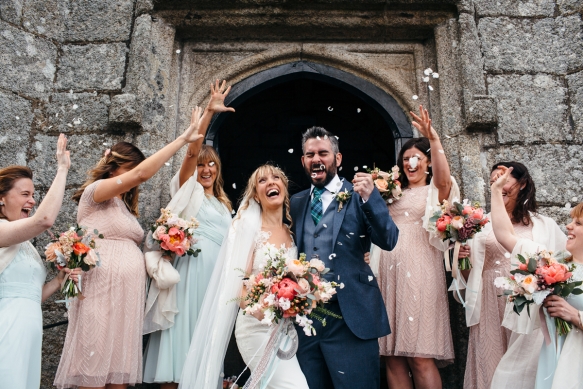 Desiring an extended weekend of celebrations to accommodate their guests, Lou and Ryan's search ended by "walking into Trevenna. We just got 'the feeling'. There was something classy, relaxed and special about it, both on our visits and on the day."

Adopting a strong colour scheme of pale mint, pale pink, gold and coral accents, the couple were also keen to establish a personal, character-filled theme - including nods to their background in film and theatre.

Bridesmaids and groomsmen handed out theatre-style tickets to 'The Table Plan', detailing where each guest would be sat, while table names comprised places from the pair's favourite films (such as Kellerman's from 'Dirty Dancing'). Even the photo booth frame for guests was in the style of a clapperboard and film reel.

Gathering at St Neot Church for the ceremony, guests were greeted by the stirring sounds of Polperro Fishermen's Choir, while inside, a series of poignant readings and performances struck an emotional and memorable chord.

"We are blessed with some unbelievably talented friends and family," comments Lou. "I loved all the readings - they were so beautifully done, and my amazing friend Katie sang 'At Last' by Etta James, which dazzled everyone. These were all gorgeous moments that felt like little love letters to us."

Transported to Trevenna in style courtesy of a 1930 Franklin 147 Saloon Special gave the newly-weds "a real red carpet moment" and was followed by canapes and Pimm's, and the wedding breakfast shortly after. 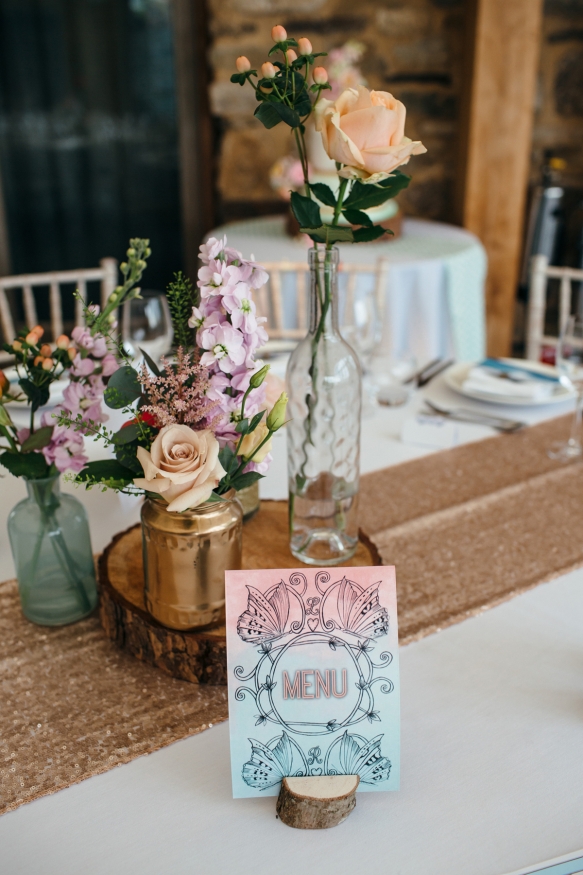 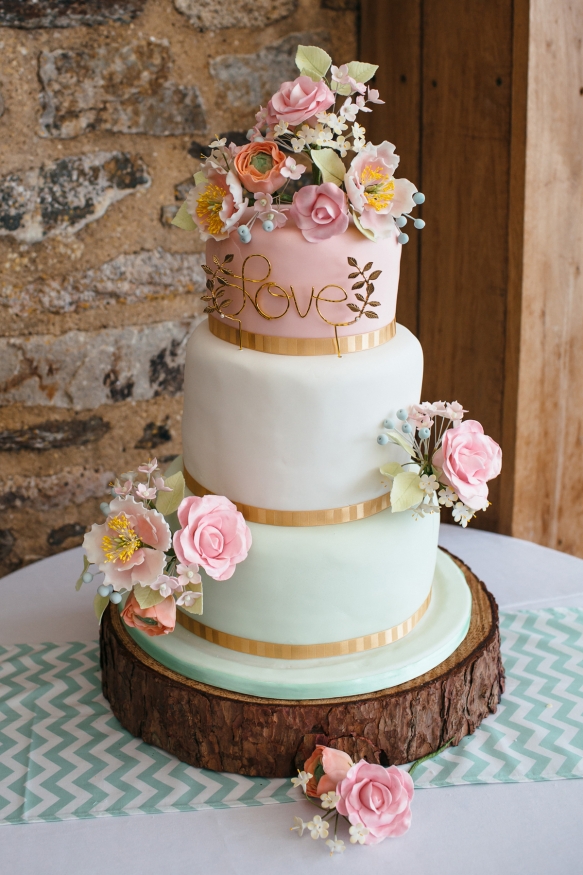 "On a practical level, I would advise a bride or groom to delegate on-the-day jobs," advises Lou upon reflection of her day. "I was so super organised from the moment Ryan proposed, however, I hadn't thought about things that needed to get moved/orchestrated on the day, and most importantly I hadn't designated a timekeeper, which meant that I was really late to church and the whole day overran for one reason or another."

"And remember to soak up every minute," she implores. "Just remember on the day what it's all about and take things moment by moment, relish every second and keep looking into your husband's eyes: it's a day about family, friendship and, most importantly, love." 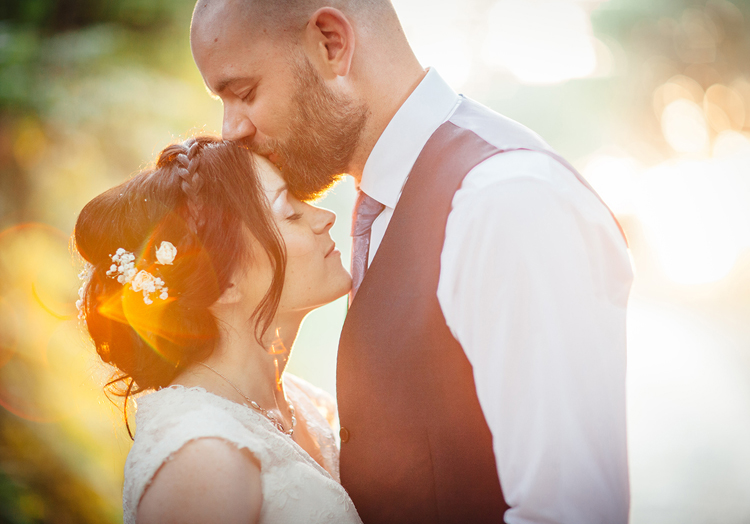 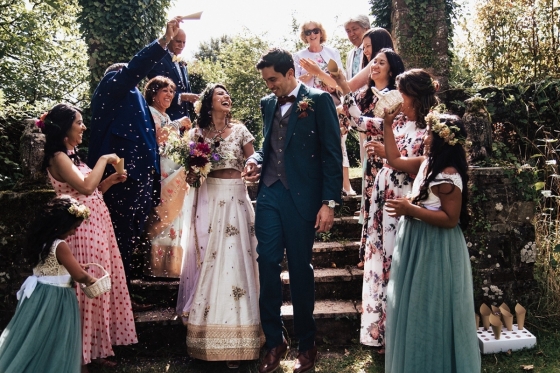 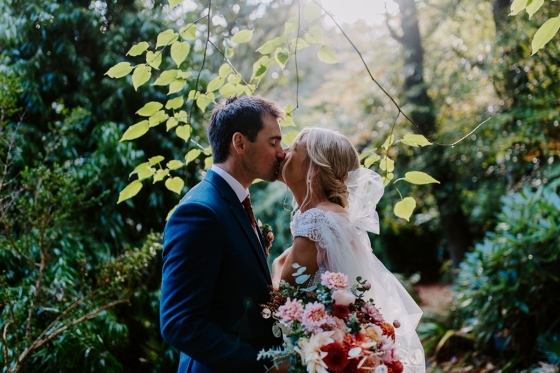 Wedding at The Point, Polzeath 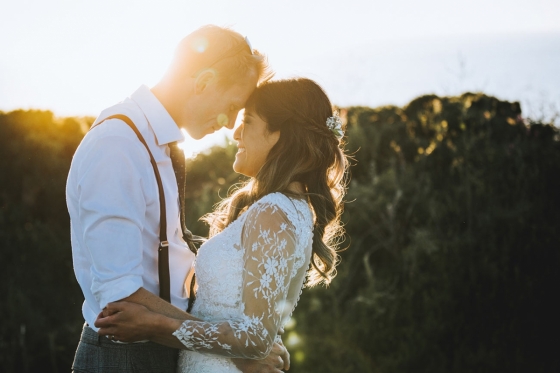