“Our mutual friend’s band were playing a show and Alex played bass in the support band,” says Sophie, recalling her first encounter with Alex. “We actually met in the audience, lying on the floor pretending to be worms because our friend’s band solely wrote music about animals and had some interesting moves to go along with their songs!” 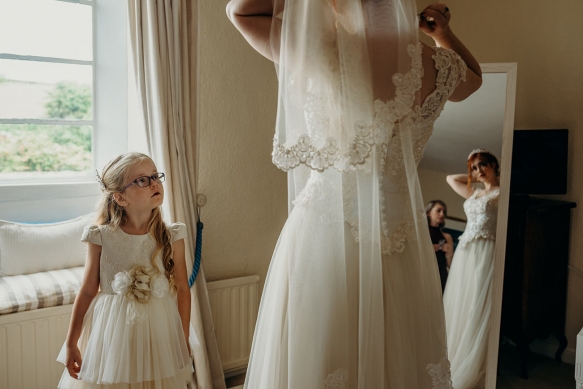 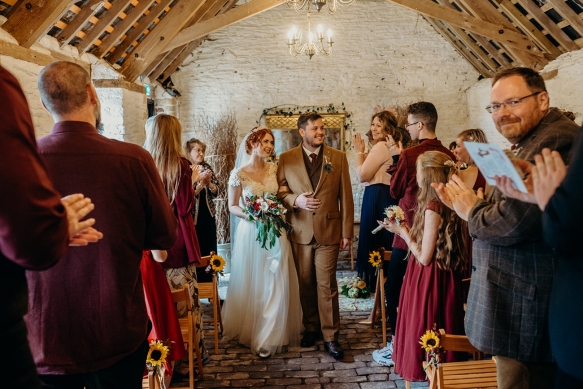 A romantic getaway to Hotel Endsleigh paved the way for Alex’s proposal where, after a scenic walk through the grounds, he popped the question in the Shell House grotto. “It is completely covered floor-to-ceiling in shells and fossils and has a small well in the centre. Alex proposed using his grandmother’s ring and we put a token of good luck in the well after I said yes!” says Sophie.
Opting for a late September wedding at New Barton Barns, their seasonal celebration was replete with autumnal shades, rustic logs, pumpkins, acorns and leaves; there was even a pumpkin patch in the ceremony room. 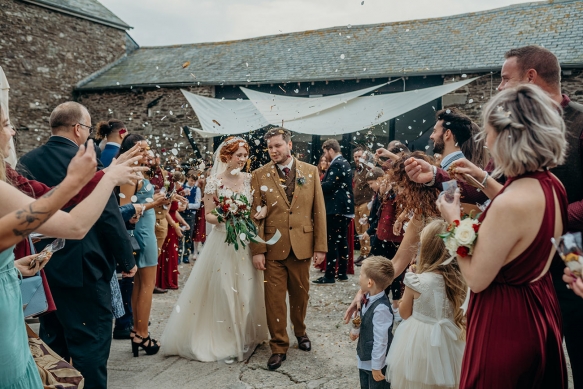 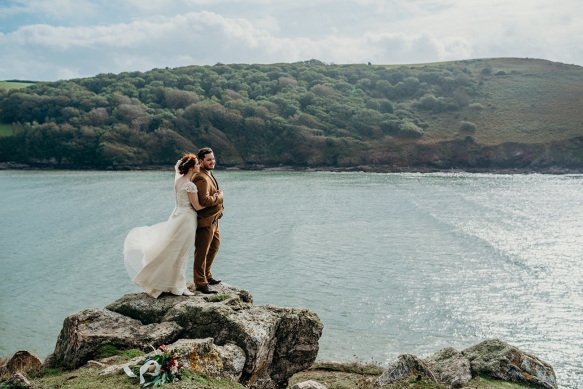 Sophie created all of the stationery herself, including botanical-style watercolour invitations, hand-painted table placements, and pumpkin and leaf wooden badge favours with the date embossed in gold. Meanwhile, her nan pitched in with the floristry to make beautiful centrepieces mixed in with tiny dried pumpkins, which sat perfectly alongside the other eye-catching floral arrangements.
The dress, however, proved slightly more problematic. “I didn’t find anything exceptional – until I went into my nan’s attic and found my mum’s wedding dress in a black bag,” she reveals. “Although the colour had faded into a lovely cream from white, it was absolutely pristine… but needed some work as it was a ’90s meringue!” Laura at The Alter Room expertly reworked it into a gorgeous bodice that was worn over a chic chiffon dress for two looks in one. “With a lot of sentimentality behind it, it was the only dress I could have imagined wearing on our big day!” says Sophie. 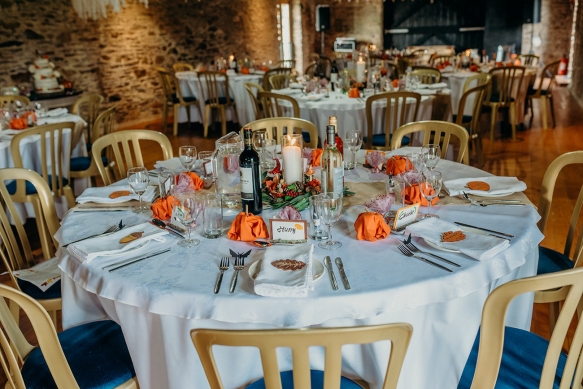 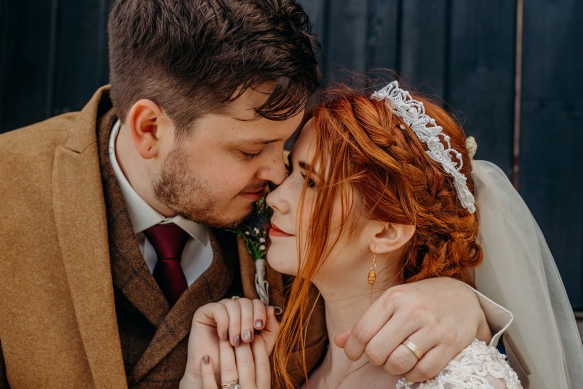 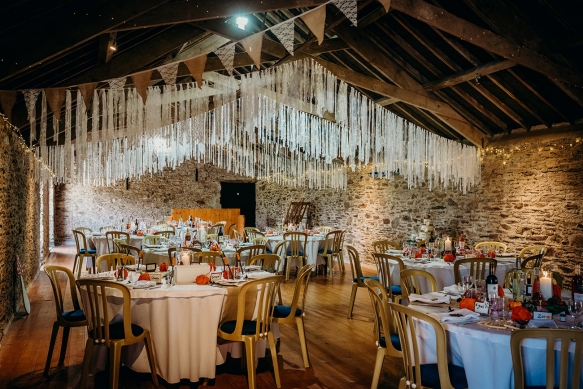 Harpist and close friend Scott Ashby played the couple’s favourite songs before and after the ceremony. After canapés and cliff-top photos, guests settled down for a three-course feast featuring antipasti, stuffed chicken with dauphinoise potatoes, and warm brownies and Eton Mess.
“We made our own photo booth for the kids with a variety of props we found in charity shops – the giraffe mask seemed to be a favourite!” says Sophie of the eclectic mix of entertainment, which also included the pair’s own playlist of party tunes and a seven-piece funk band that kept the dance floor filled all night.
“We decided we didn't really need traditional wedding gifts so we asked our guests to find us the weirdest things they could from charity shops, which entertained us as well as gave to a good cause,” says Sophie of their benevolent twist on the wedding gift list. “We got some interesting gifts from a child’s keyboard, French vinyls and binoculars to wooden mushrooms and seaside canvases. It was a really fun idea!” 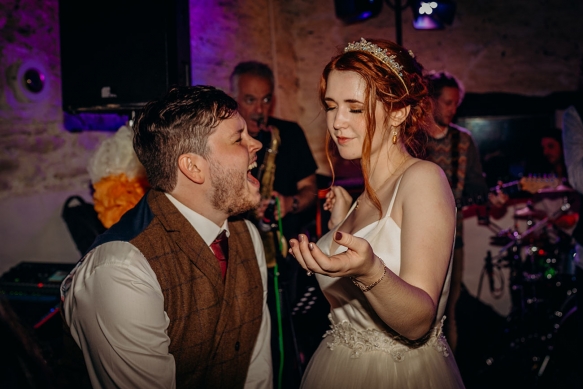 One particularly fond memory she picks out is being surrounded by their nearest and dearest. “Somehow managing to get the most important people in our lives together for a whole day meant the world to us and the day couldn't have gone wrong because of that,” she says.
“Although there is so much to plan, it's important to enjoy the lead-up to the wedding as well,” she adds. “We gave ourselves a year to plan so that it didn't become all-consuming and we were relatively laid-back about how the day went. Although we did create an itinerary, we didn’t fuss about the small details – and everything fell into place in the end!” 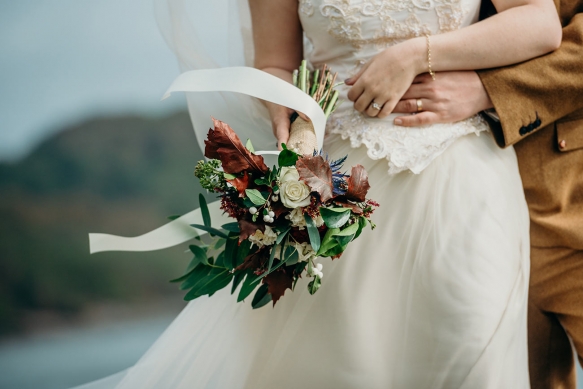 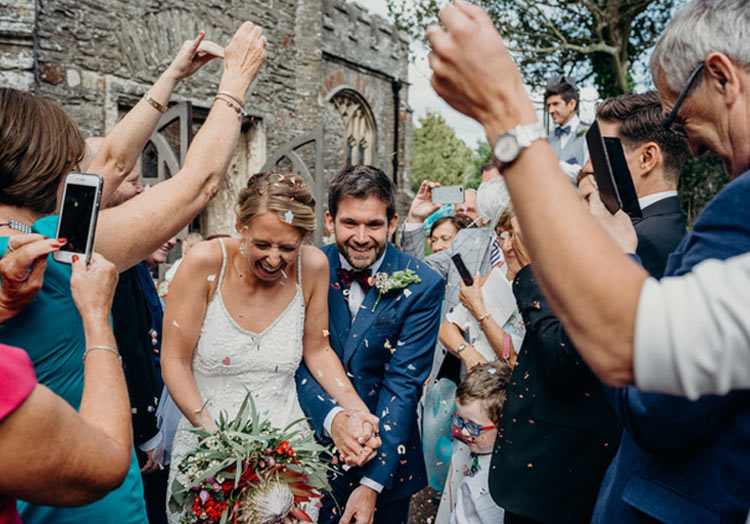 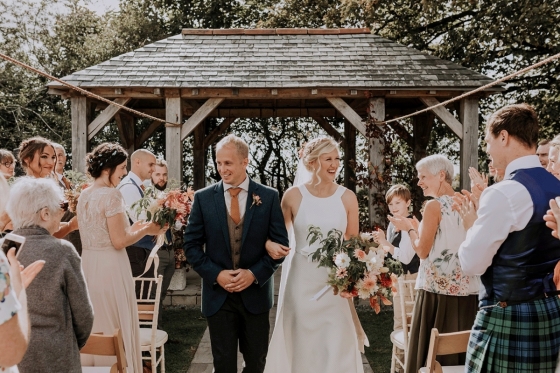 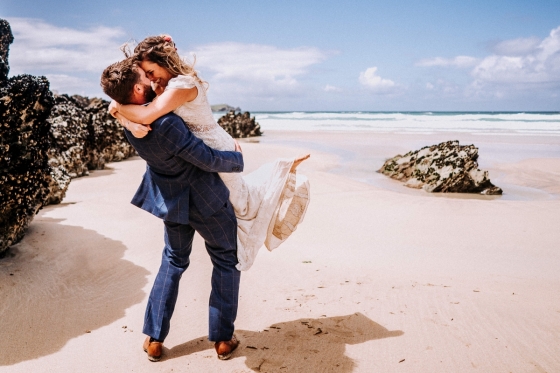 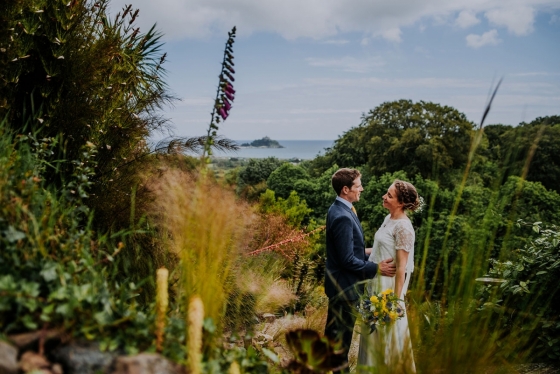