Jess and Jack first laid eyes on each other while working together on the film ‘Paddington’. It was during a whistle-stop New Year’s Eve tour of Berlin when Jack was helping to paint Jess’ nails that he popped the question, and the couple began to set their wedding plans into motion. 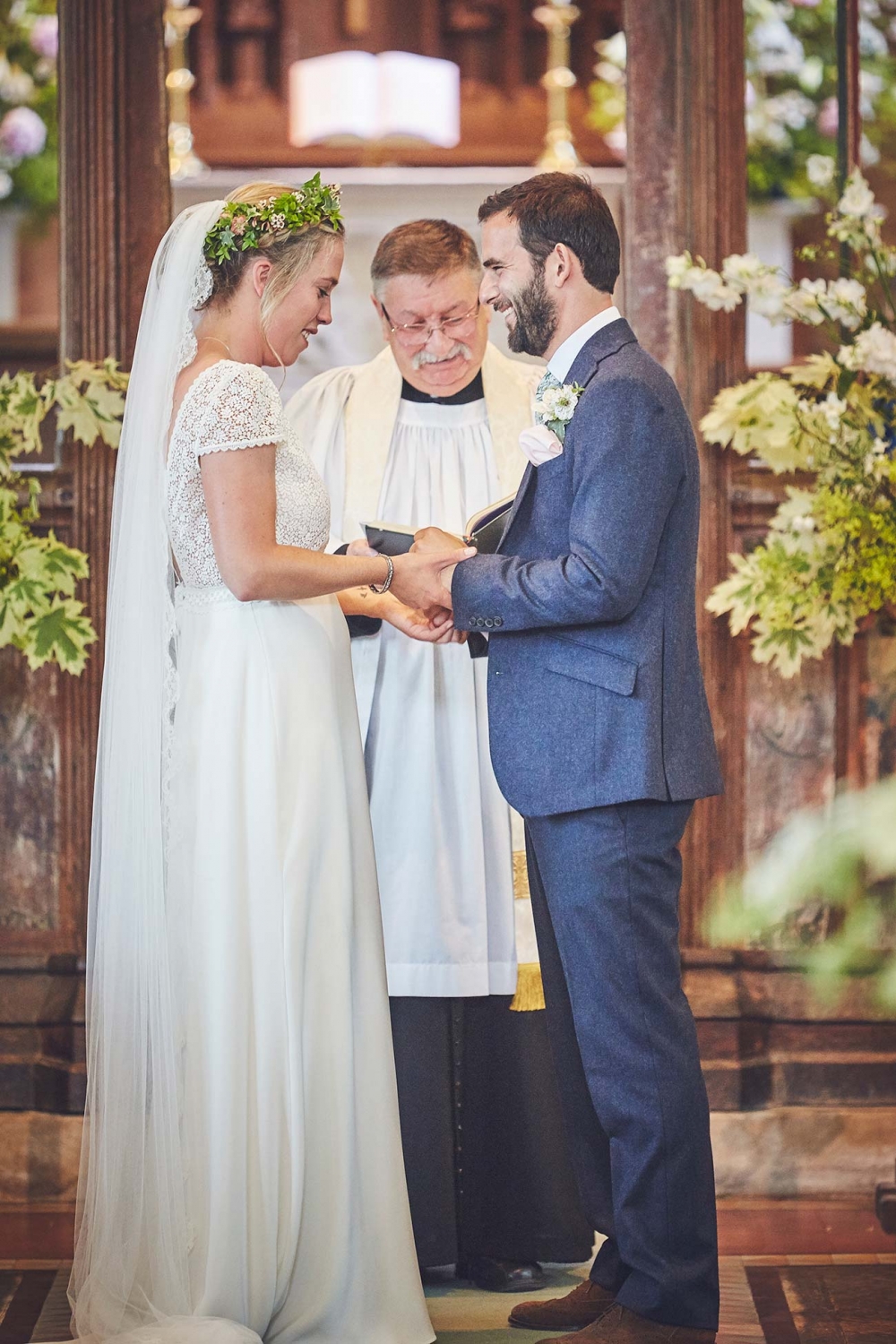 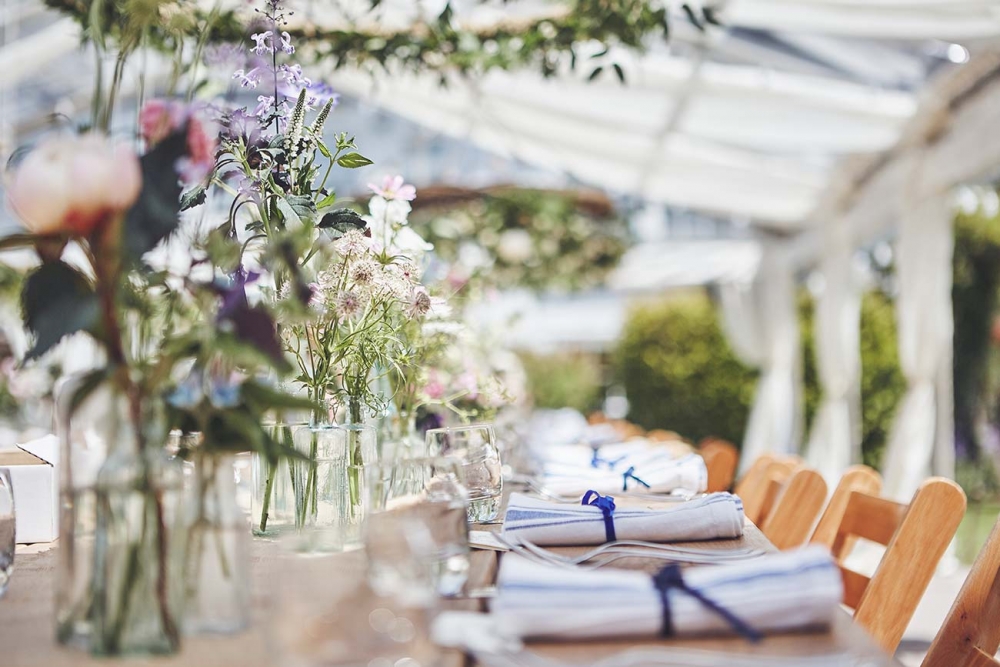 The couple picked the picturesque locale of Fingals in Dittisham, where Jess grew up, for their ‘summer meadow’ celebrations. The venue – hidden in a rolling valley near the River Dart estuary comprising a jumbled mix of characterful buildings and outside spaces – provided the idyllic place for Jess and Jack to celebrate in unique style alongside their family and friends. 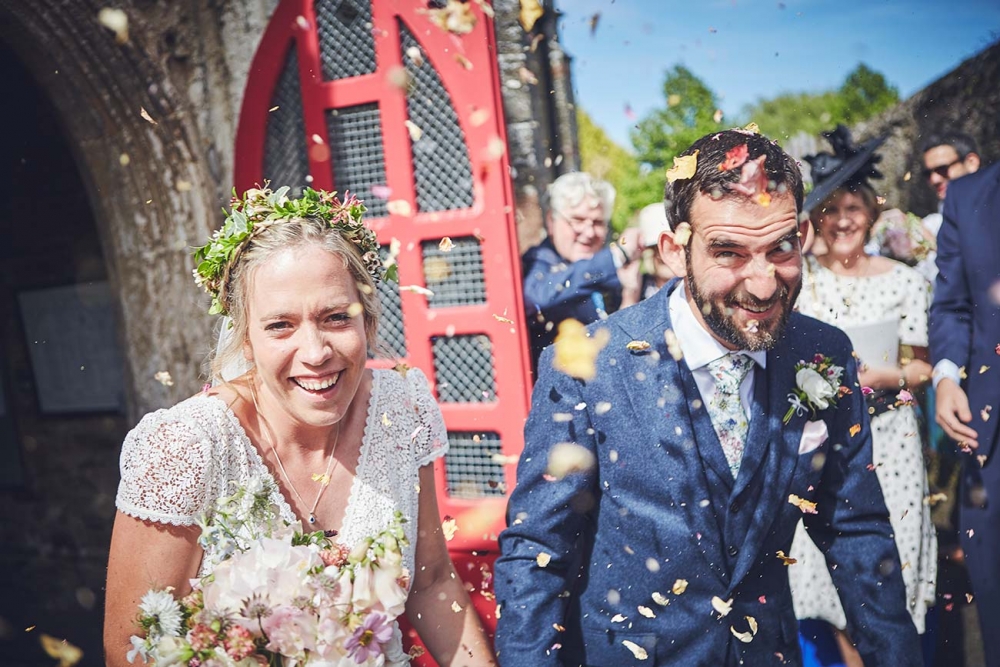 The style factor was in full force throughout. Jess donned a designer silk gown with a guipure lace top finished with a gorgeous floral crown and chapel-length veil, while Jack wore a sharp navy three-piece suit with a floral print tie. 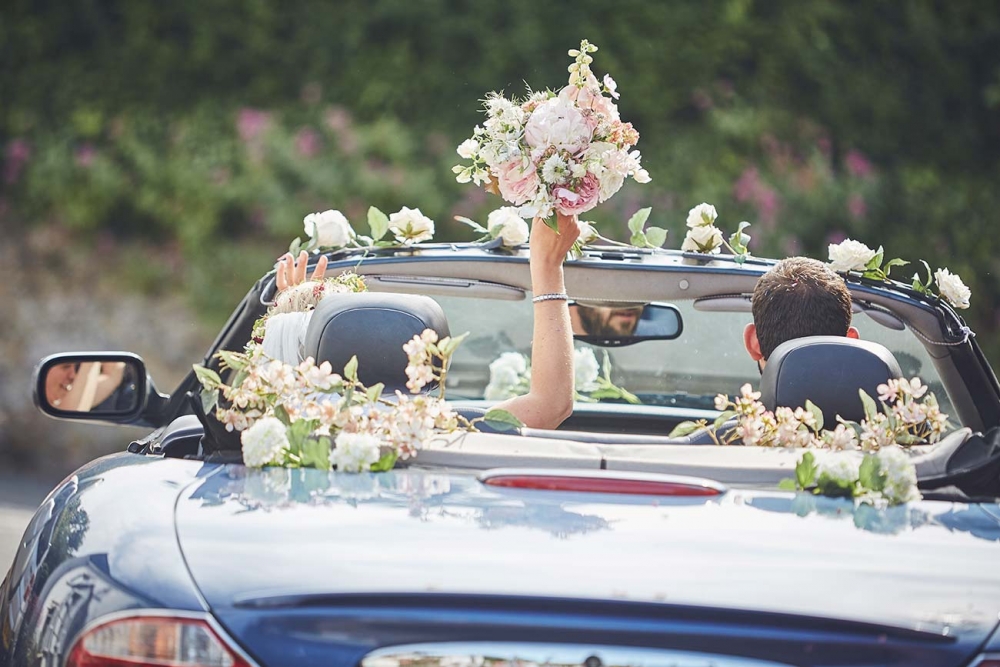 Then there was the floristry. A series of stunning arrangements in the church created beautiful focal points for the congregation and continued at Fingals, where the striking fusion of foliage with neutral and blush-toned blooms ensured a seamless blending of the indoors and outdoors. The mid-afternoon ceremony provided Jess with her most poignant part of the day, where she fondly recalls “listening to every single person singing their hearts out and also hearing our nephews’ specially composed song for us in the church”. 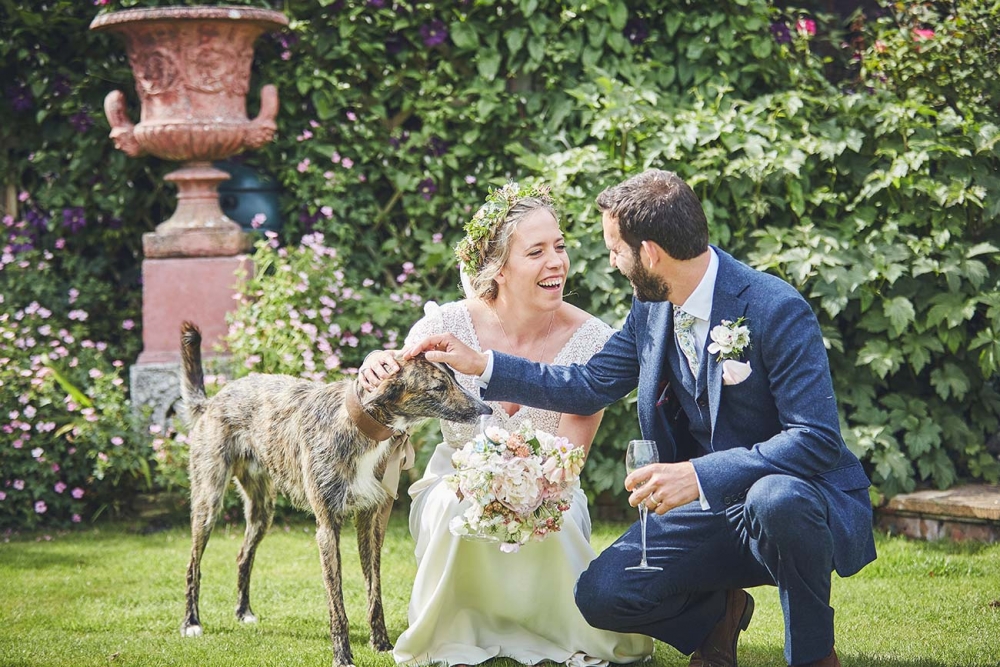 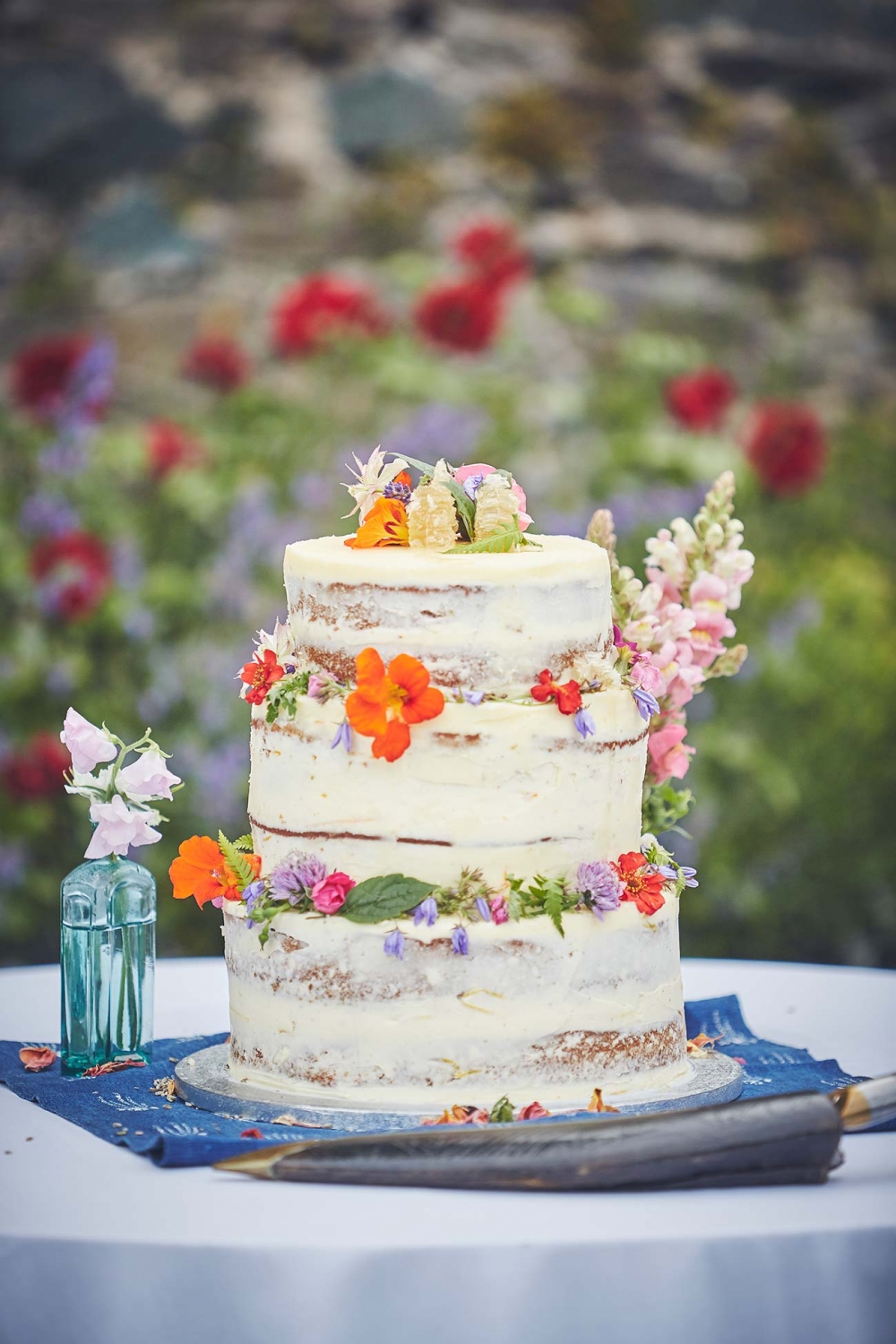 The transport – comprising two tractors and trailers – was another memorable feature. Guests squeezed onto the hay bales to travel to Fingals and, on arrival, enjoyed drinks in the sunshine. After the speeches, everyone settled into the magnificent clear-sided marquee, where suspended floral installations dotted with hanging glass baubles containing tea lights ensured a magical and natural-themed ambience. 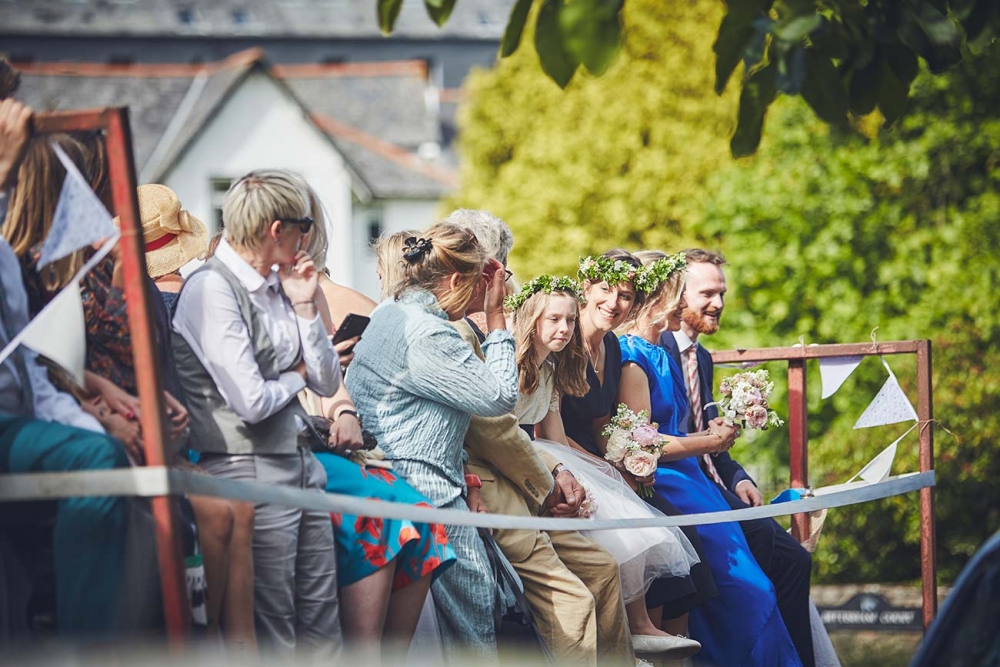 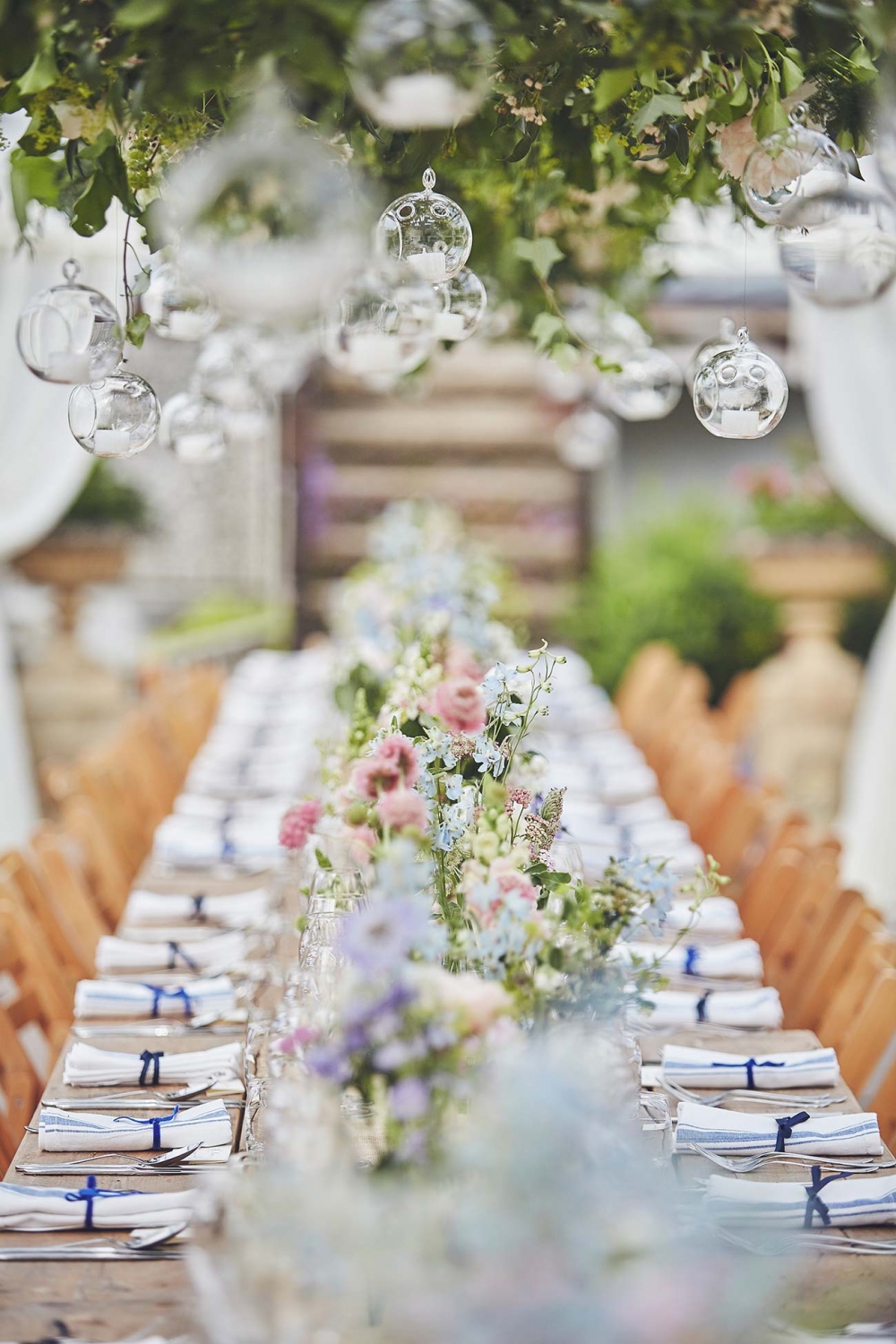 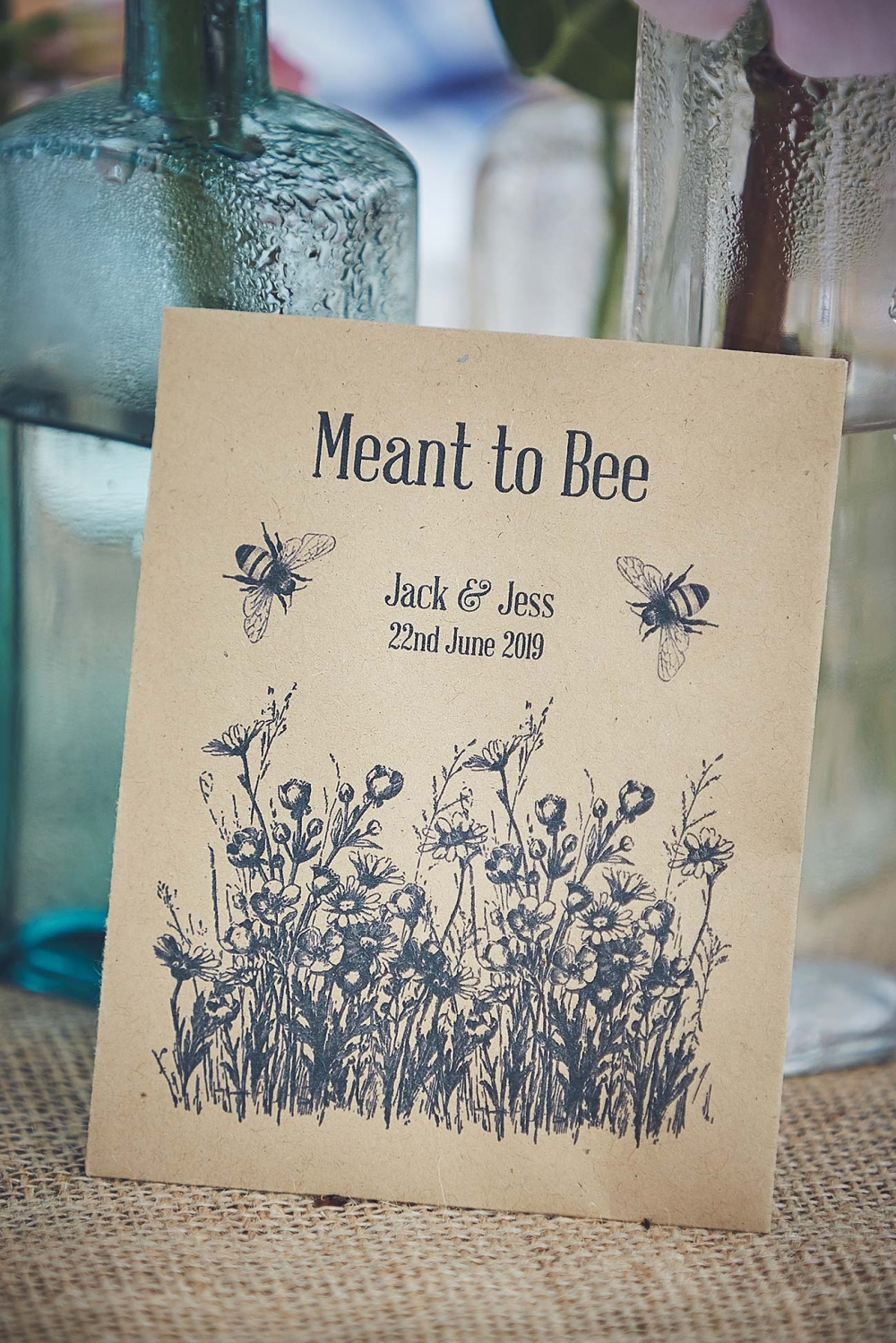 The evening was spent dancing into the small hours to the soundtrack of a live band and local DJ, before the newly-weds retired to relax and reflect upon their emotional day. 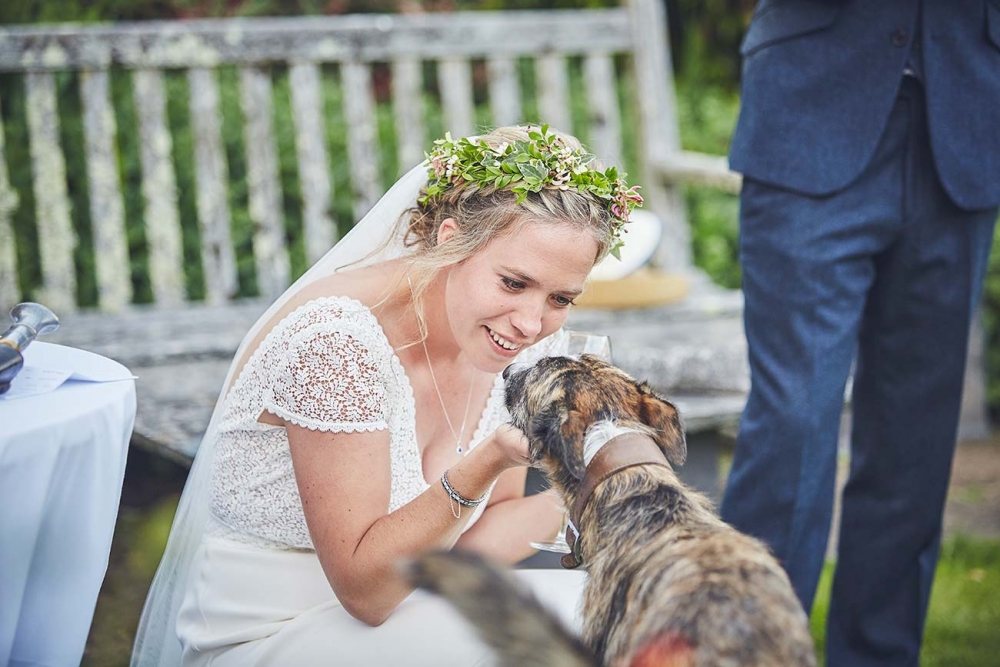 “I spent a lot of the time crying – with joy and happiness of course!” says Jess, in the throes of looking back. “Family from all corners of the Earth made it to our wedding, which made it very special.” 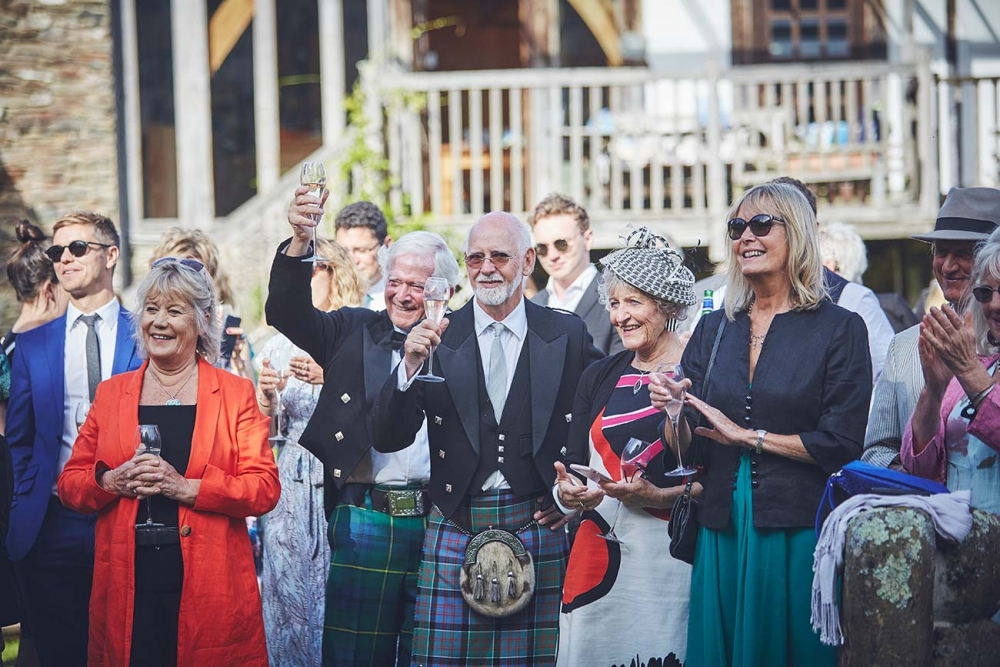 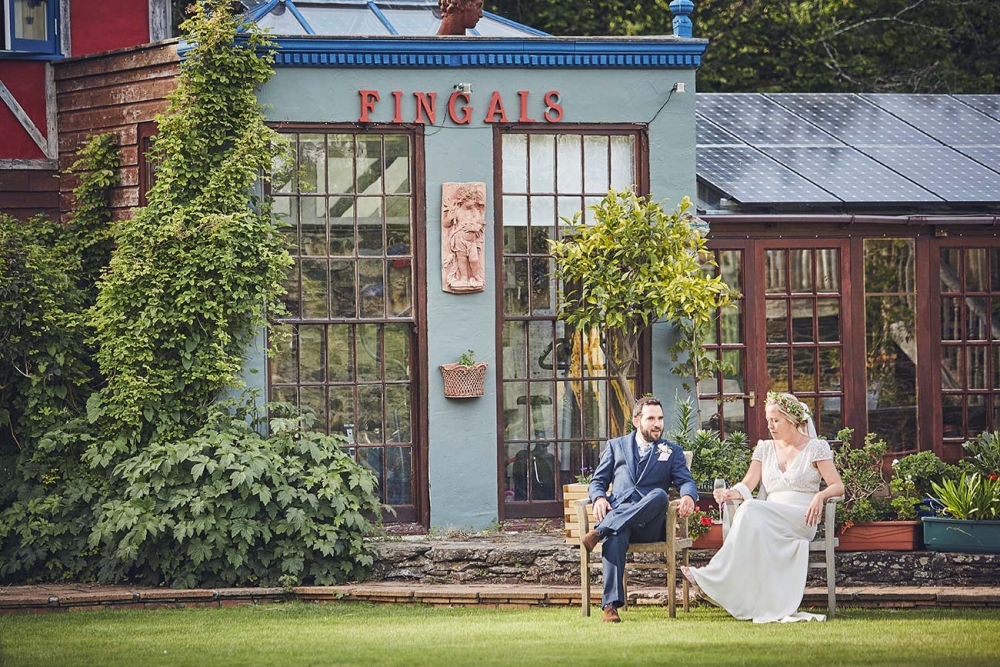 As her number one planning priority, she says “get married within a year if you can, otherwise your life is consumed and all about the wedding!” before wisely adding “and make sure you always consult your other half!” 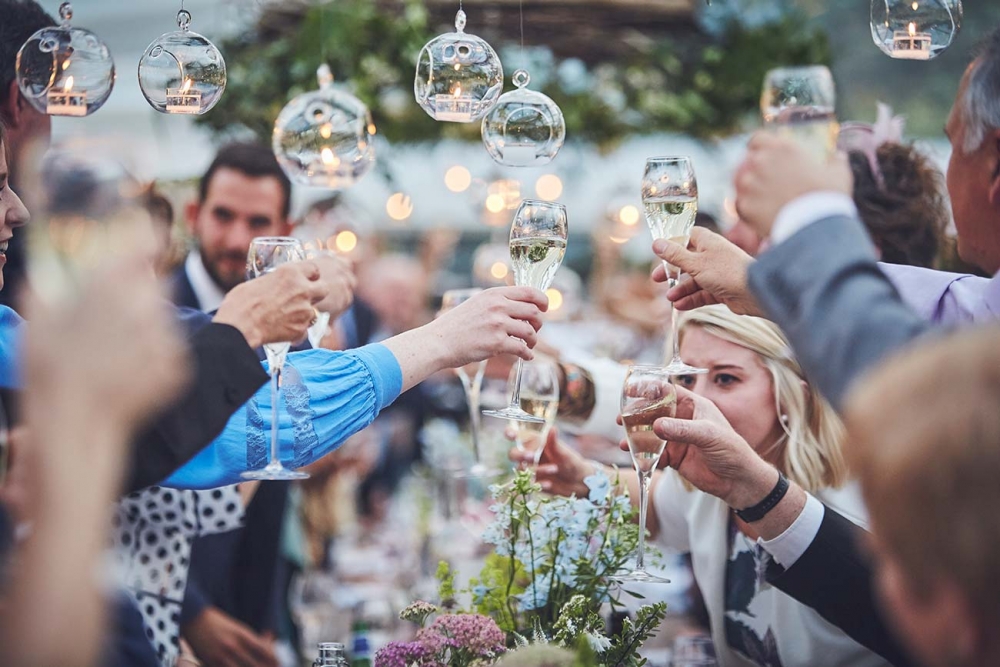