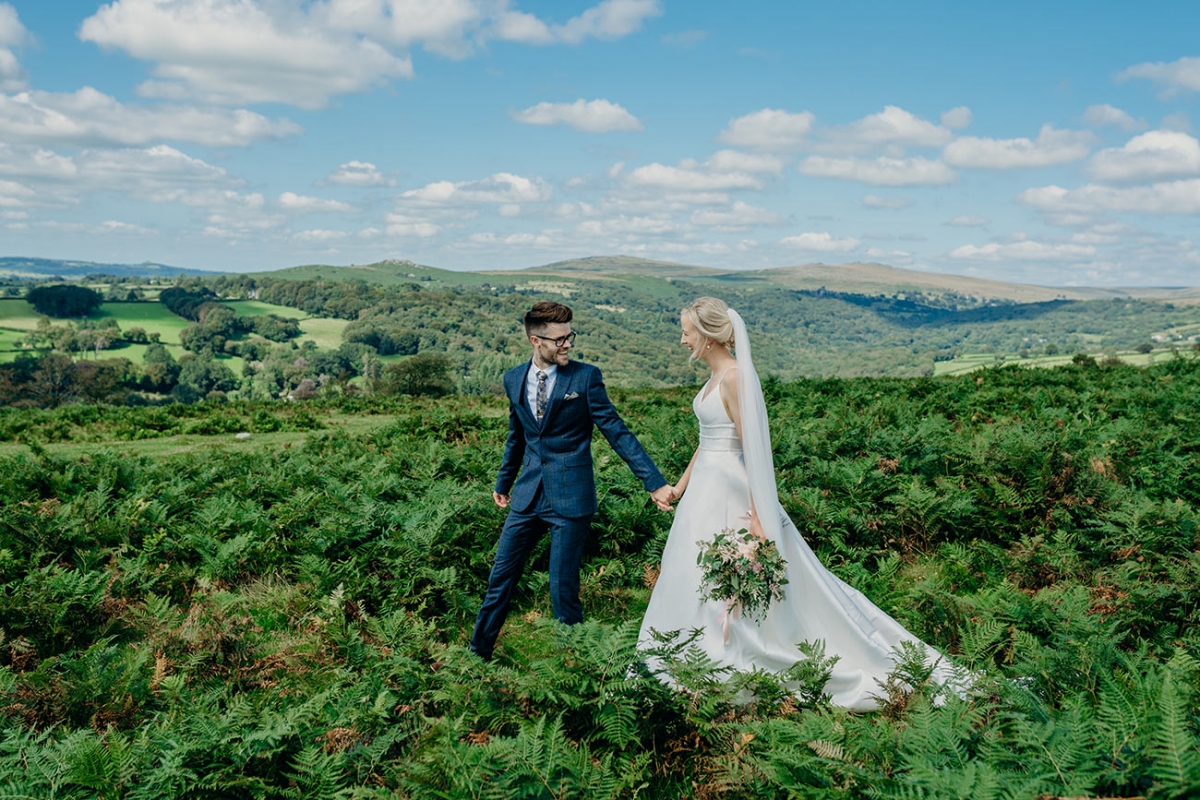 You Are The Reason

Rosie and James's moorland celebration at home in Devon

Rosie and James became an item while studying at Loughborough University and became engaged during a trip to Croatia when James dropped to one knee in Paklenica National Park. “We decided to hike above the canyon and when we arrived at a lookout spot, I went to take in the breathtaking views,” recalls Rosie. “James called my name and took my hand, and as I turned around, he asked me to marry him.” 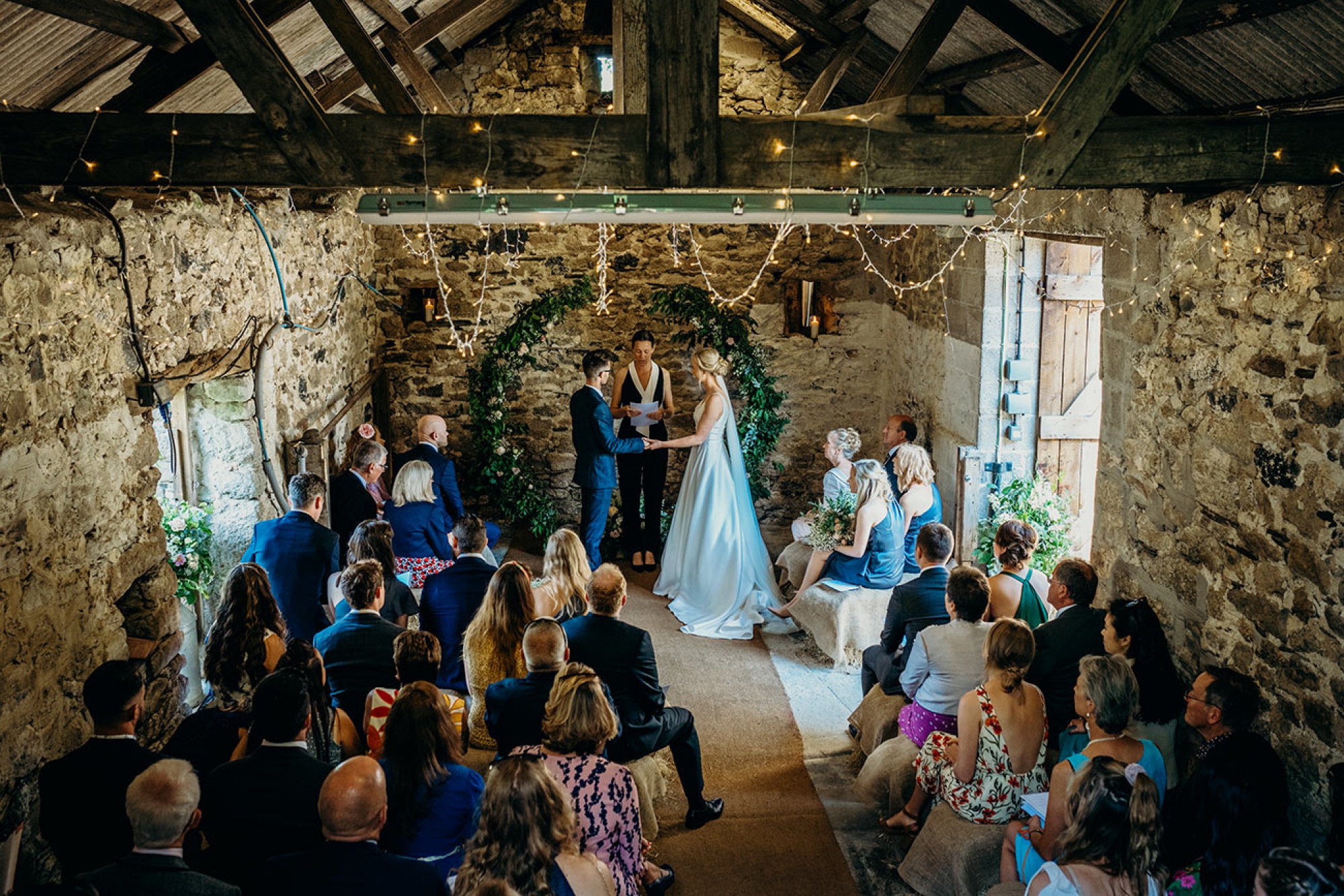 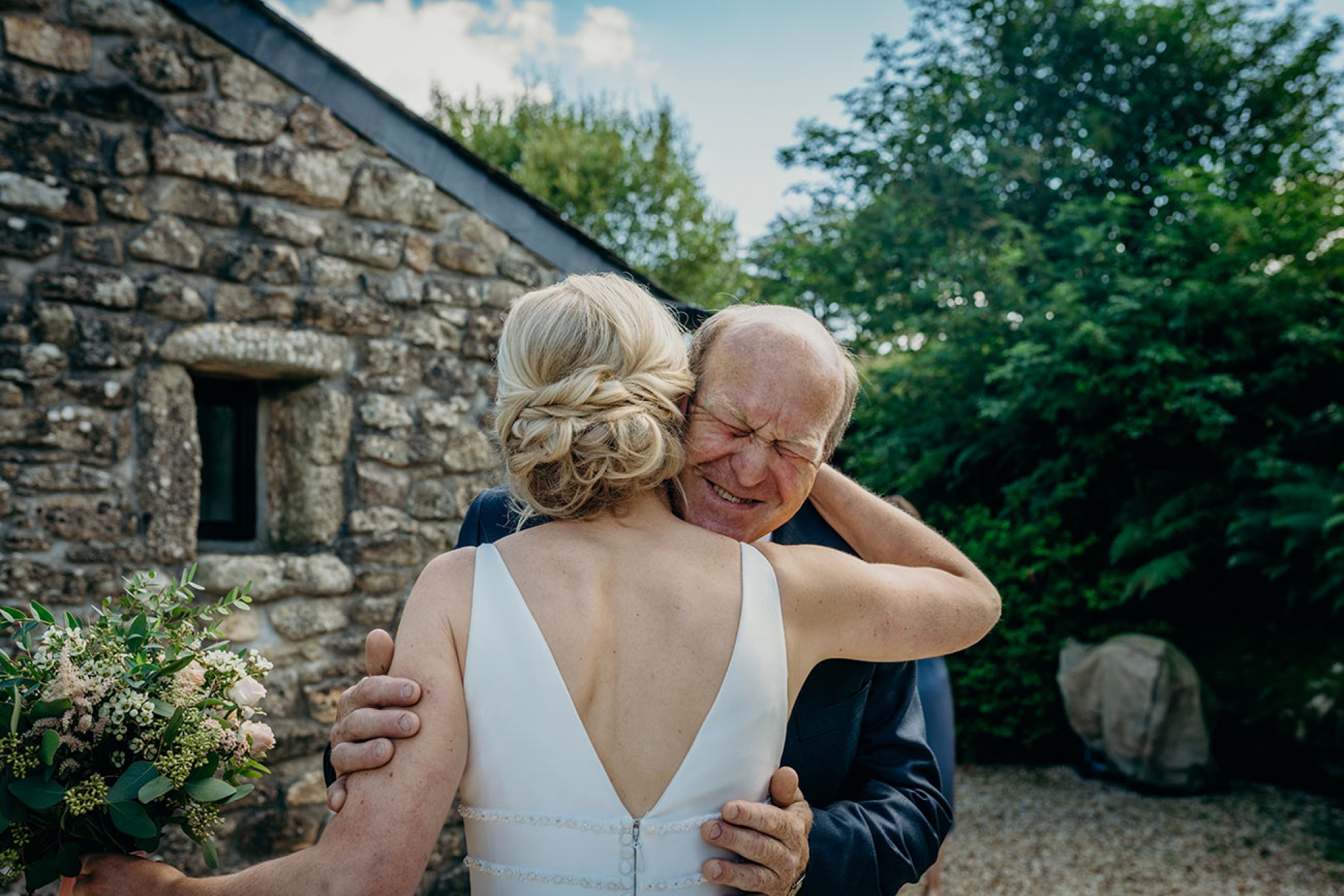 They were forced to delay their plans for a year due to Covid, but luckily their original suppliers were still available for the revised date. The event at Rosie’s parents’ home was planned with a “rustic but clean look” in mind, blending a palette of blush and gold shades to create a beautiful backdrop. Glass vases, tabletops and milk churns were adorned with flowers and large petal confetti, alongside a “spectacular floral display for the ceremony – but kept rustic with a nod to the venue and its moorland charm,” she notes. 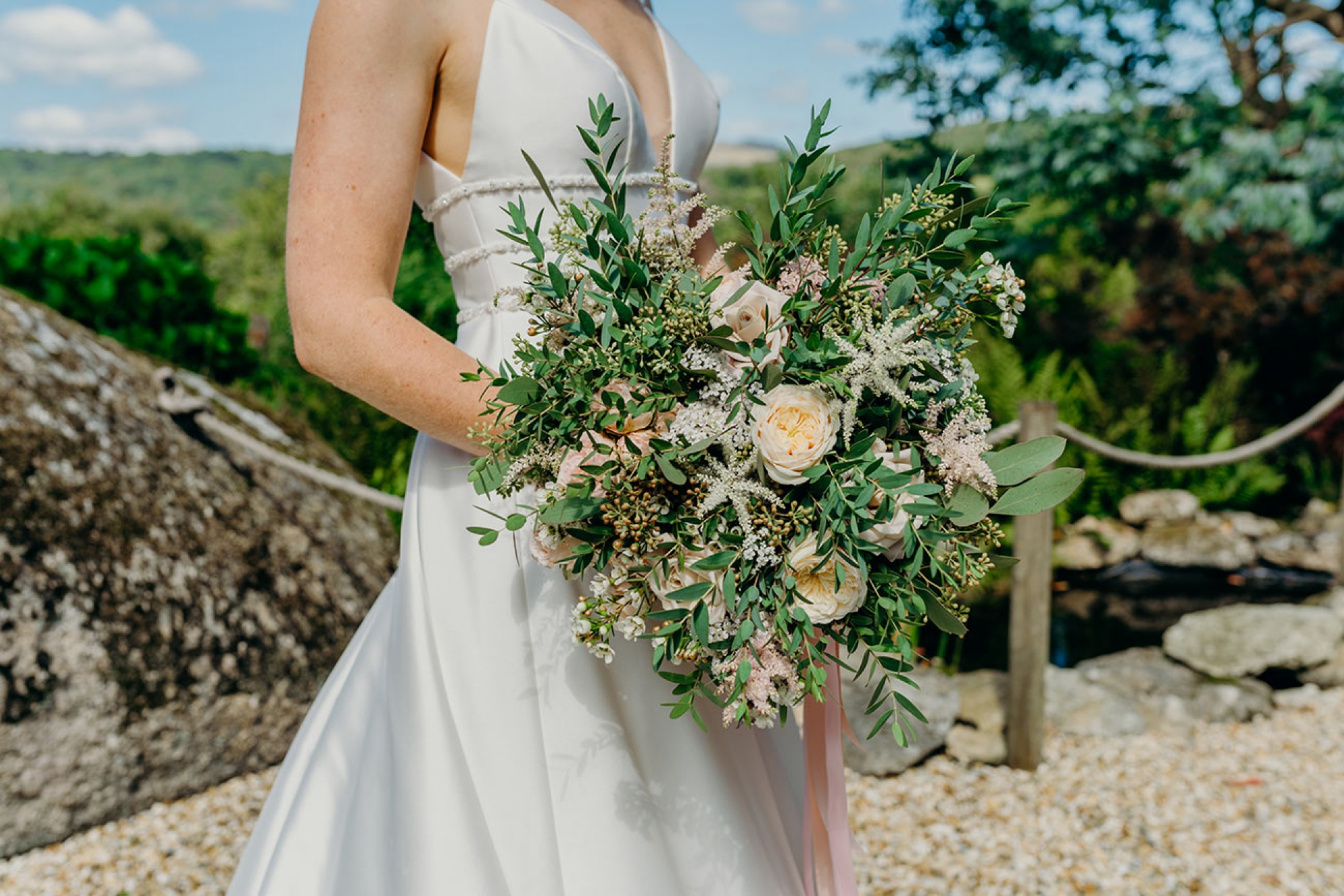 Rosie’s father led her down the aisle to the stirring soundtrack of John Legend’s ‘Conversations in the Dark’, and it is the ceremony – “that was truly shaped to us as a couple and our relationship” – that Rosie and James both cite as their most memorable part of the day. “Hearing the words James wrote as his vows will forever be a highlight,” says Rosie. “Though you have many people around you during that moment, you truly feel like the only two people in the world.” 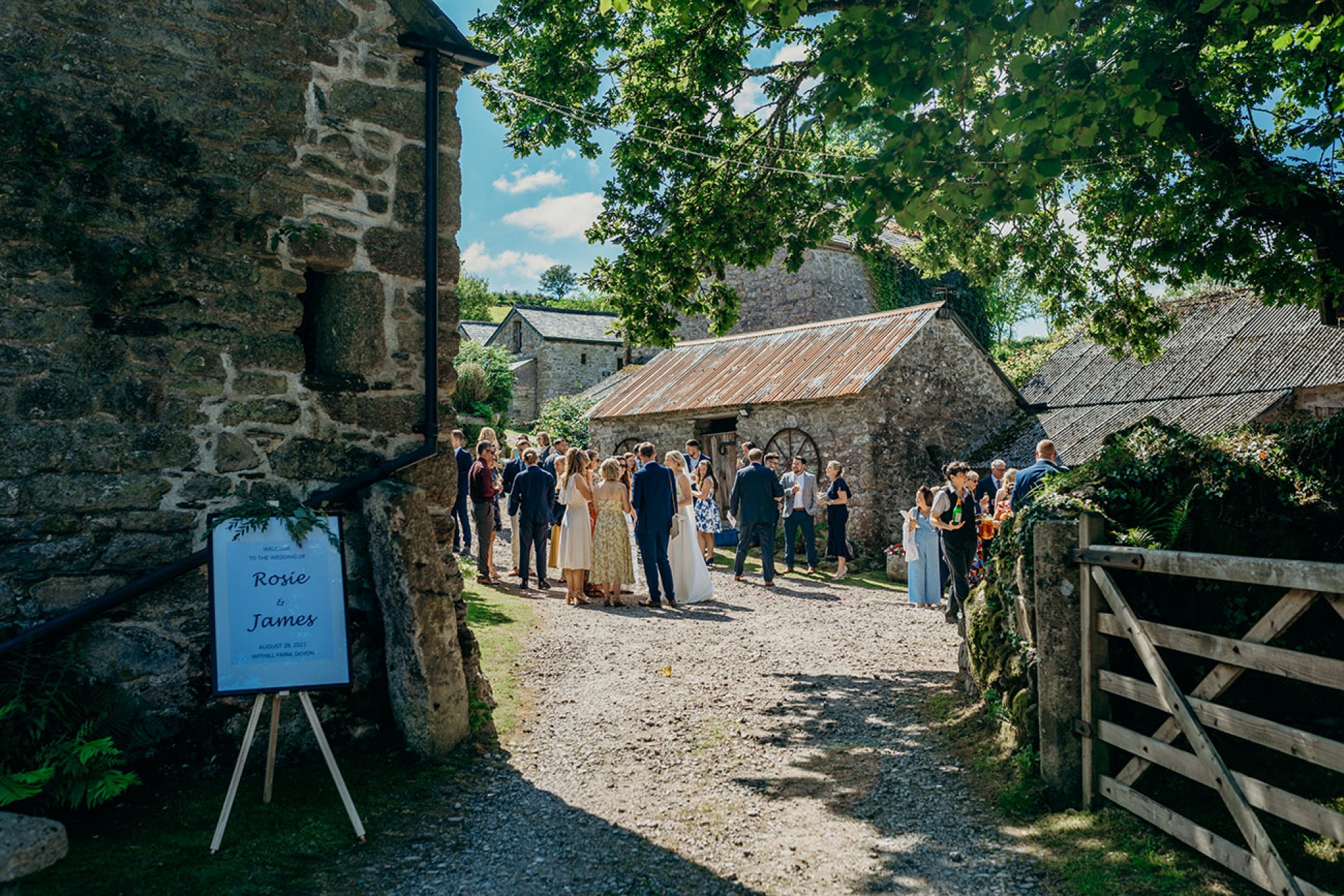 Exiting to a shower of confetti, the newly-weds headed off for photos on the moors while guests refreshed with Pimm’s, Bucks Fizz and canapés. “With the incredible weather we were able to take it all in as a couple, recognising that we had finally made it,” recalls Rosie of those precious post-ceremony moments. 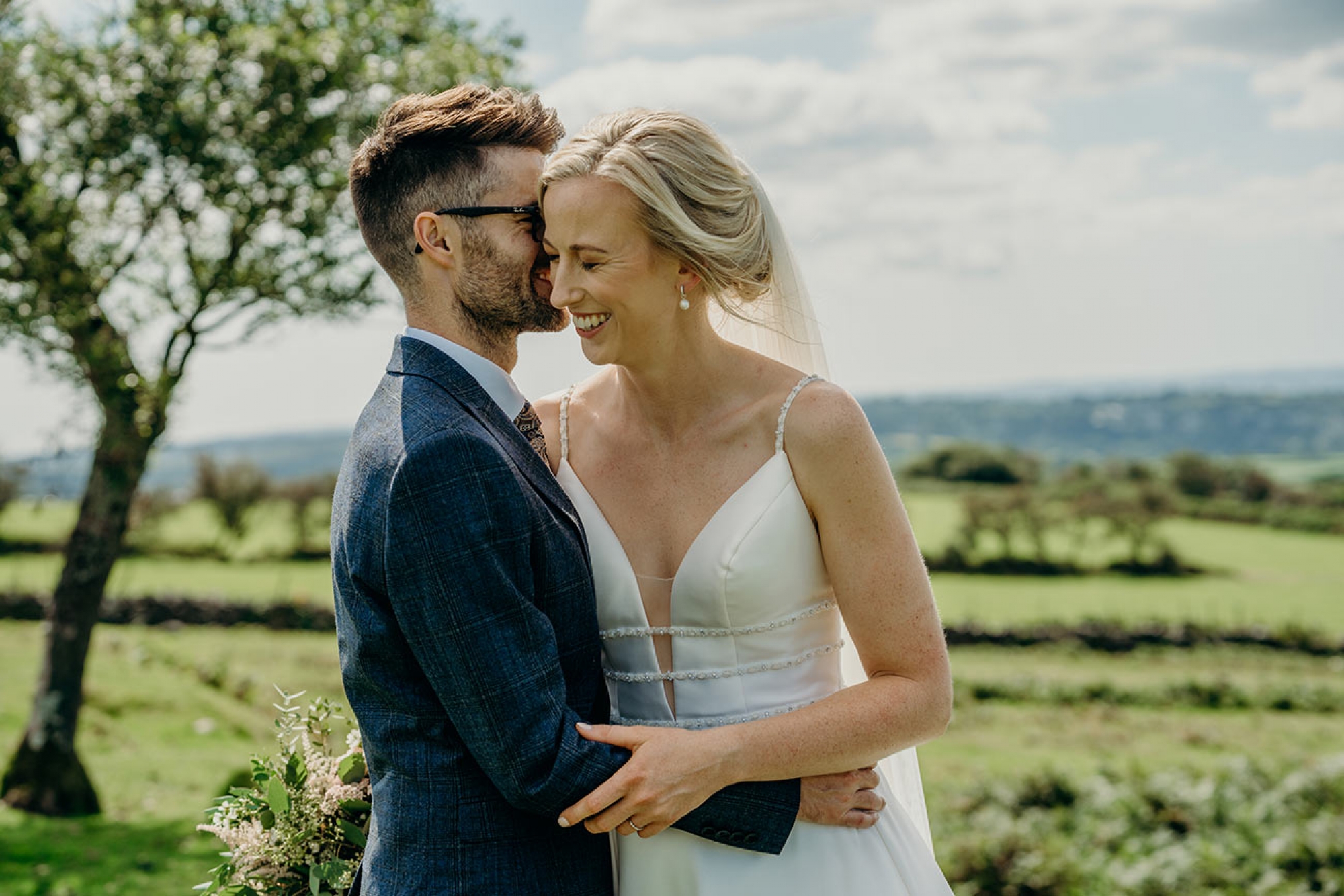 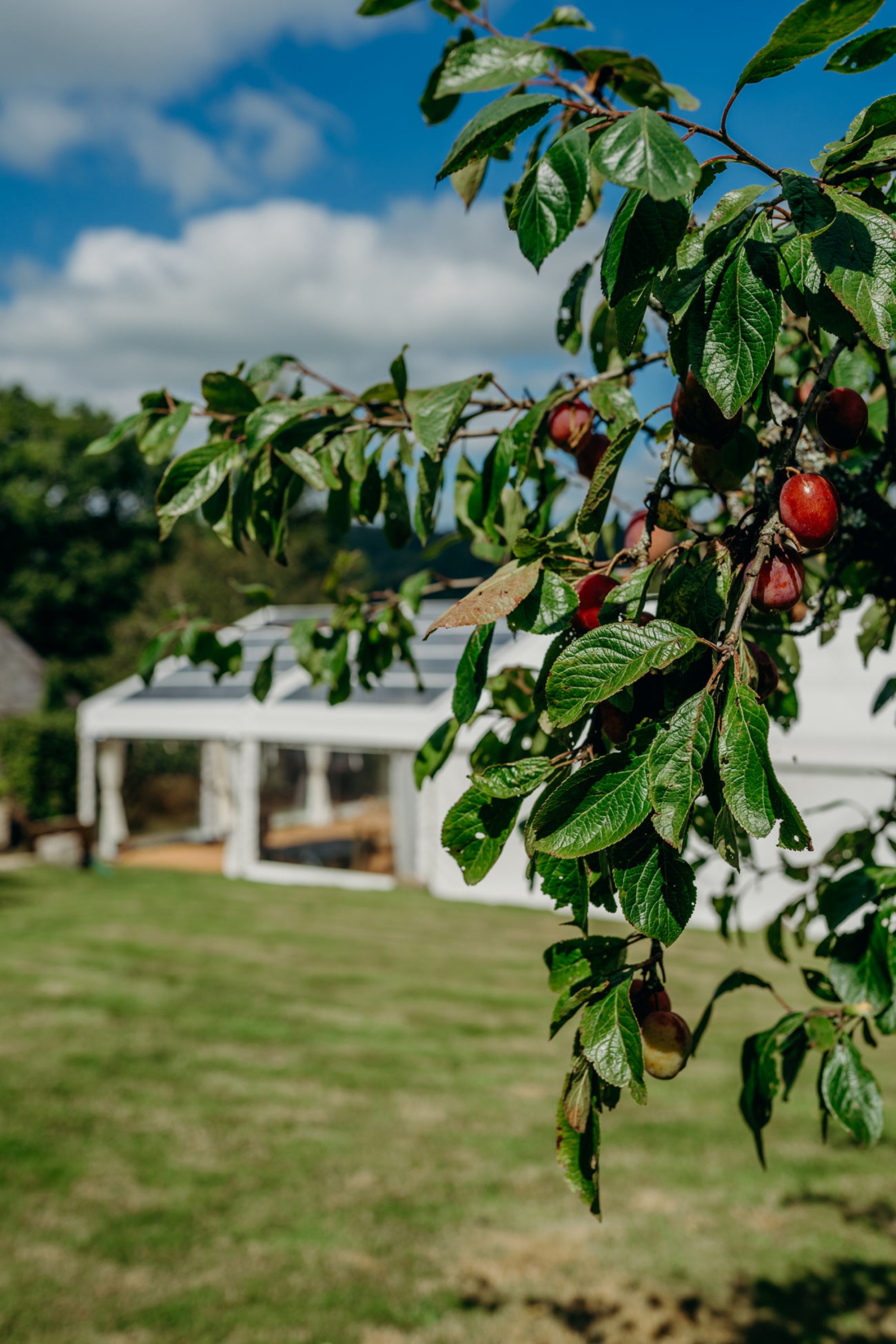 Speeches were toasted with Jägerbombs – James’ favourite drink – while guests helped themselves to a variety of tipples from a spirit bar and large tin baths. “The afternoon entertainment was provided by the hilarious Ady Byng with his pig racing,” laughs Rosie. “The faces of many guests when he started was a pure look of shock, but a few races in and everything went wild!” Rosie had another surprise in store by changing into dress number two ahead of a sunset photo shoot, returning to wow guests and dance the night away to party folk band, The Nashville Heat. “Our first dance was to ‘You are the Reason’ by Calum Scott followed by the best floor-filling songs feasible,” says Rosie. “It was the first social setting many of our guests had been to since the start of Covid and wow did everyone relax and celebrate the day with us! Our aim was to have a celebration that was just pure happiness and an opportunity for people to fully relax following such a challenging year!” “Due to the remote location no one had any signal so were able to fully shut off and enjoy every moment of the wedding, which was truly refreshing,” adds Rosie of another highlight before sharing her top planning advice. “Plan little but often,” she suggests. “Being consistent will help ease any stress and allow time to enjoy it. And remember with everything you plan that it is for you and your partner: this is the one time where you should be able to put yourselves first.”