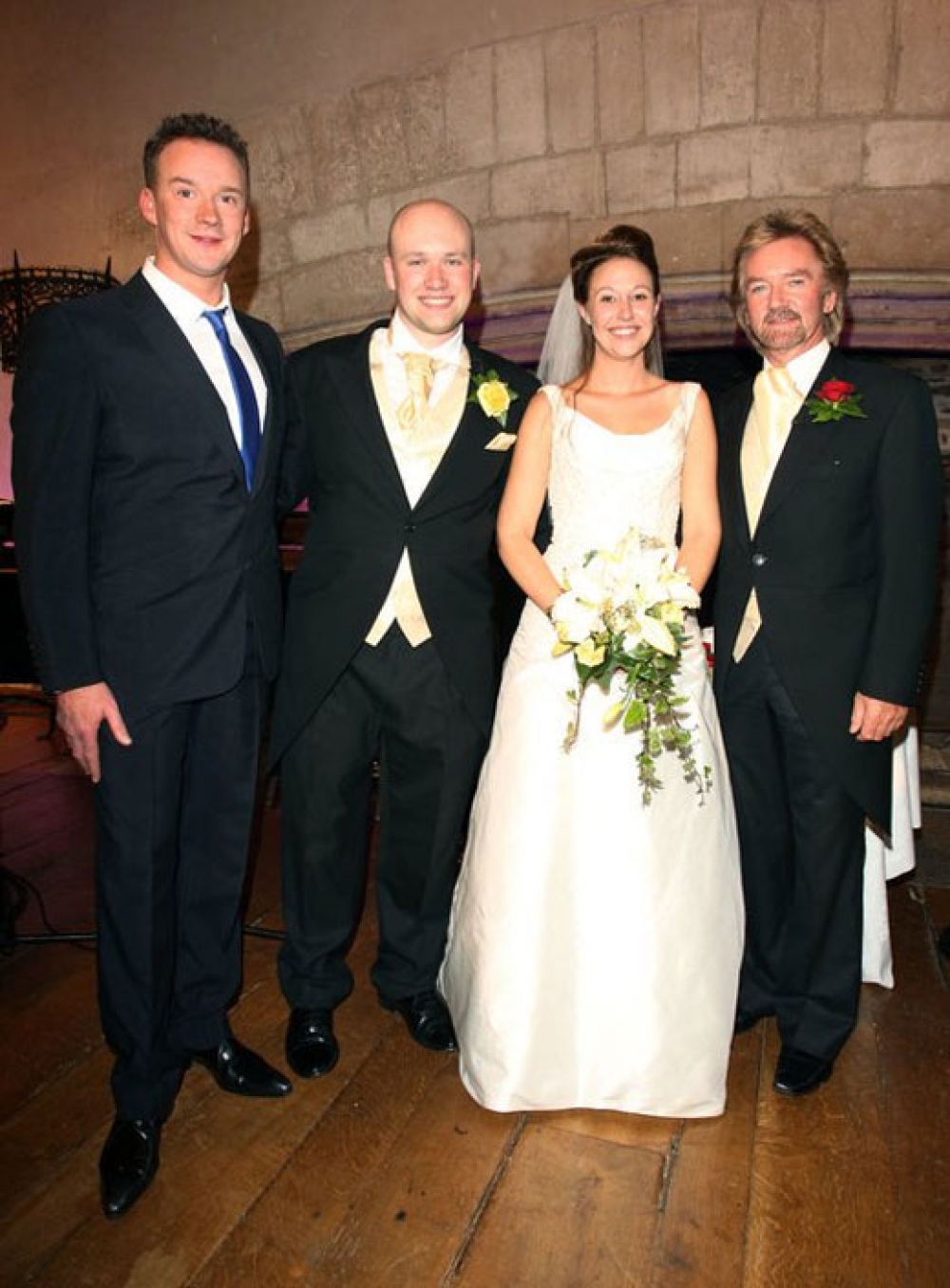 Weddings by Claire, run by Claire Hooper - a professional wedding planner based in the South West, were initially approached by a TV Production company in August 2010 asking if they would be interested in organising a wedding for a deserving couple, located in Torpoint, as part of Noel's Christmas Presents.

Once the final approvals from Sky were received, the go ahead was given late September to organise the entire wedding by Sunday 31 October, leaving her just over five weeks!

Working with a TV company made the day more challenging for Claire due to having to ensure the cameras were set up in each location, allowing time for re-filming some aspects and for moving guests around the venue in order to allow the evening entertainment's sound check to be undertaken as a secret. But despite all of this, Claire is pleased to report that the entire event was a roaring success.

Held at Dartington Hall at 1pm on Sunday 31 October, the wedding was attended by 85 guests who were brought by coach to ensure the venue remained a secret until the last minute.