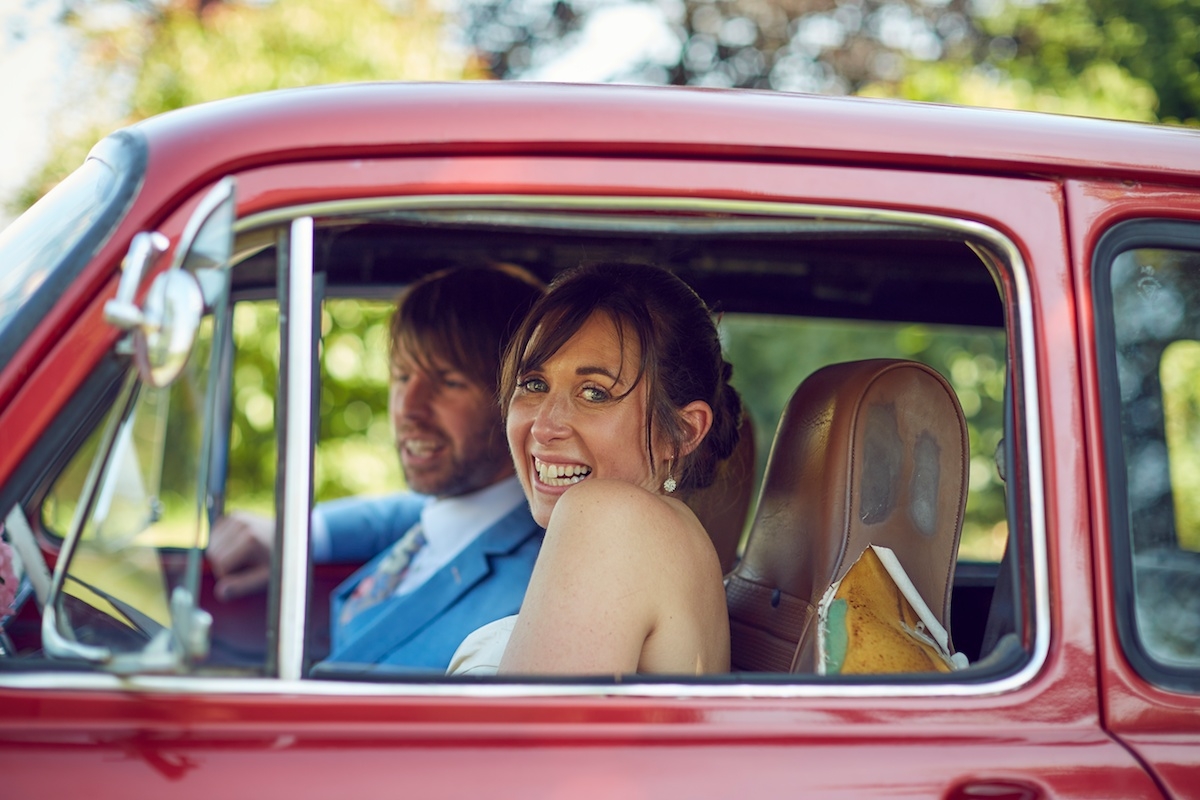 A Twist of Fete

"We were camping at a local VW festival when I decided it would be a memorable place to get engaged. It was a beautiful moonlit evening so I asked Matt to marry me!" explains Sally. Matt's reaction, however, turned out to be the real surprise. "He looked devastated - not quite the reaction I was hoping for. It turned out he had a gorgeous engagement ring made for me months ago but had been waiting for the right moment." Determined to do it properly, Matt got down on one knee and popped the question the next night. 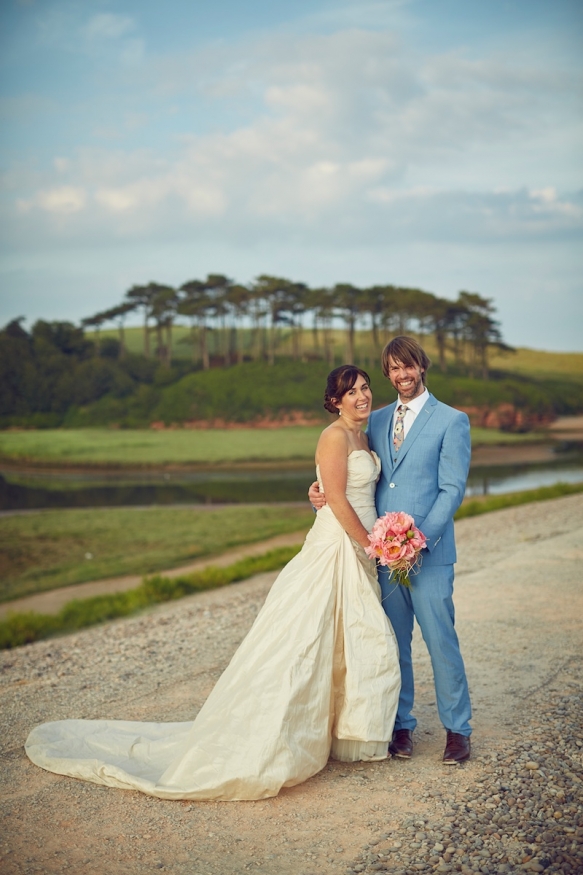 Soon afterwards, they stumbled upon their perfect venue by chance. On visiting Salem Chapel for an art exhibition, they were instantly smitten. "We both knew straight away that this was the place we wanted to get married. It had a lovely rustic feel, which completely suited us," explains Sally. 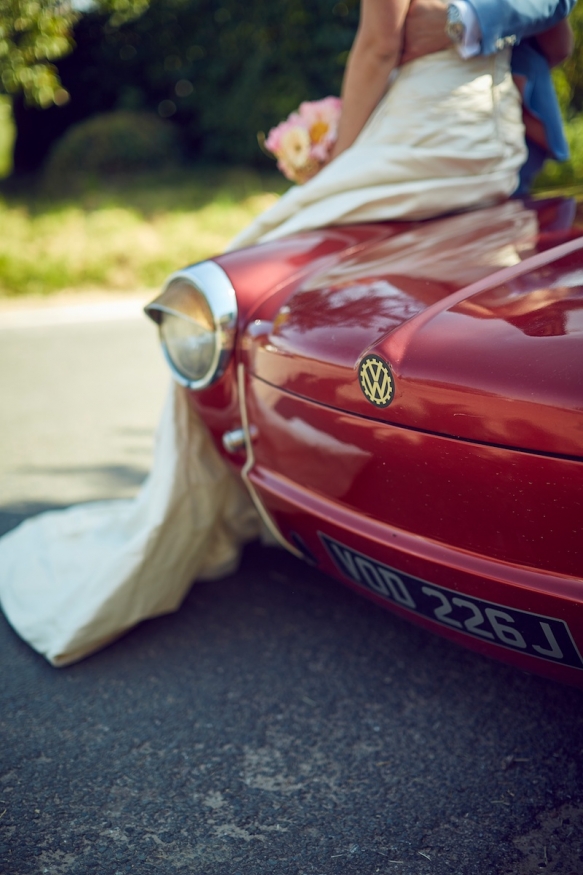 Their village hall reception space inspired their country village fete style wedding, which featured lots of homespun decor, from their laser cut invites to the signage, wooden details, bunting and tissue paper pompoms. Their country fete style flowers - including roses, gerbera, sunflowers and gypsophila - spilled from Kilner jars and jam jars painted with chalk paint. "We decorated the hall ourselves. Matt is a sign maker and I love all things craft so it had a really personal homemade feel," says Sally. 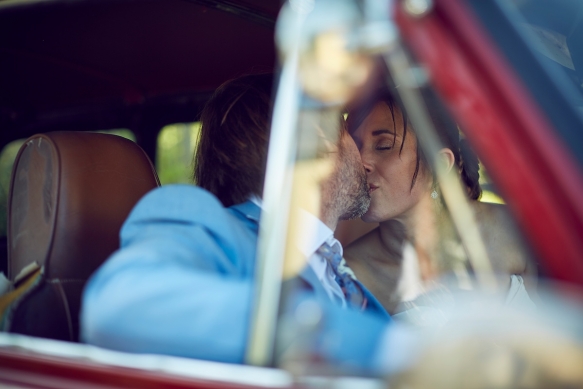 Even Sally's dress was homemade; her dressmaker mother crafted the gown from smooth silk dupion and arranged her bouquet of peonies - Sally's favourite flower.

The food was also a homemade affair. After the ceremony, guests tucked into freshly baked scones washed down with Pimm's, followed by a hog roast with all the trimmings. For dessert, the couple hosted 'The Great Budleigh Bake Off', which presented an impressive array of cakes baked by guests. 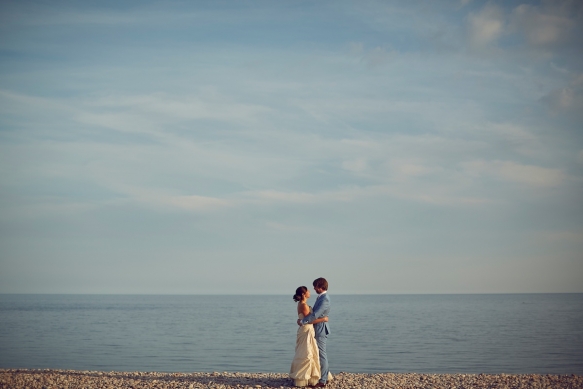 Entertainment was tailored for both children and adults alike courtesy of a magic show and Sally's cousin's band, Sam Green and the Midnight Heist, whose folky blues kept revellers on the dance floor into the early hours.

Sally recounts her favourite moment as walking into the chapel and seeing Matt. "I couldn't stop smiling; it was the most exhilarating feeling. I wish we could do it again," she says. Meanwhile, Matt recalls his highlight as "driving Sal in the old VW from the chapel after the service as a married couple, along the sunny beach and back to a cheering crowd waiting at the reception." 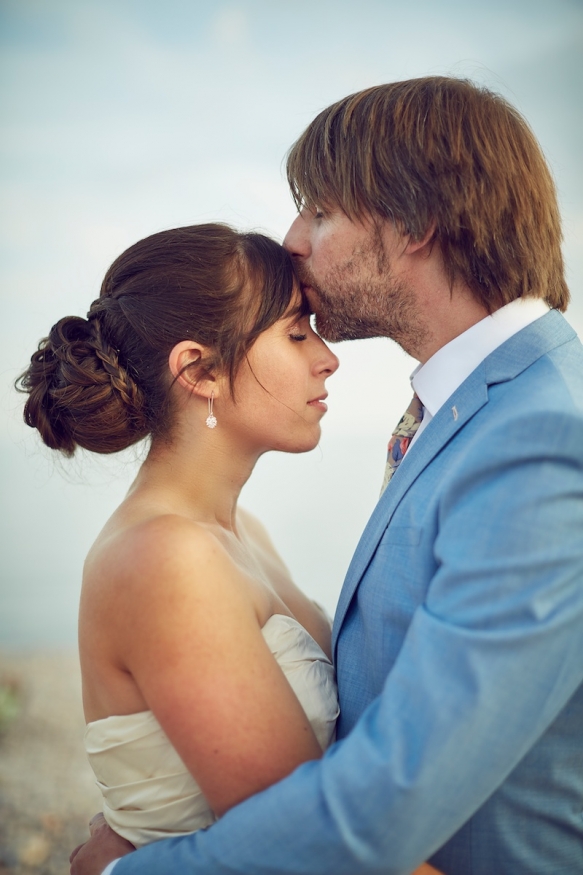 Reflecting on her creative and crafty wedding, Sally has some wise words of advice. "I totally underestimated the time it would take to make all the things we had planned, so I would definitely say it is never too early to start making if you are planning a DIY wedding," she advises. "Once you make a decision on a theme, stick with it and then everything will come together." 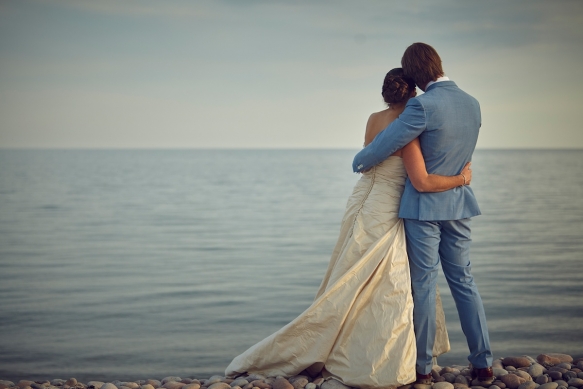